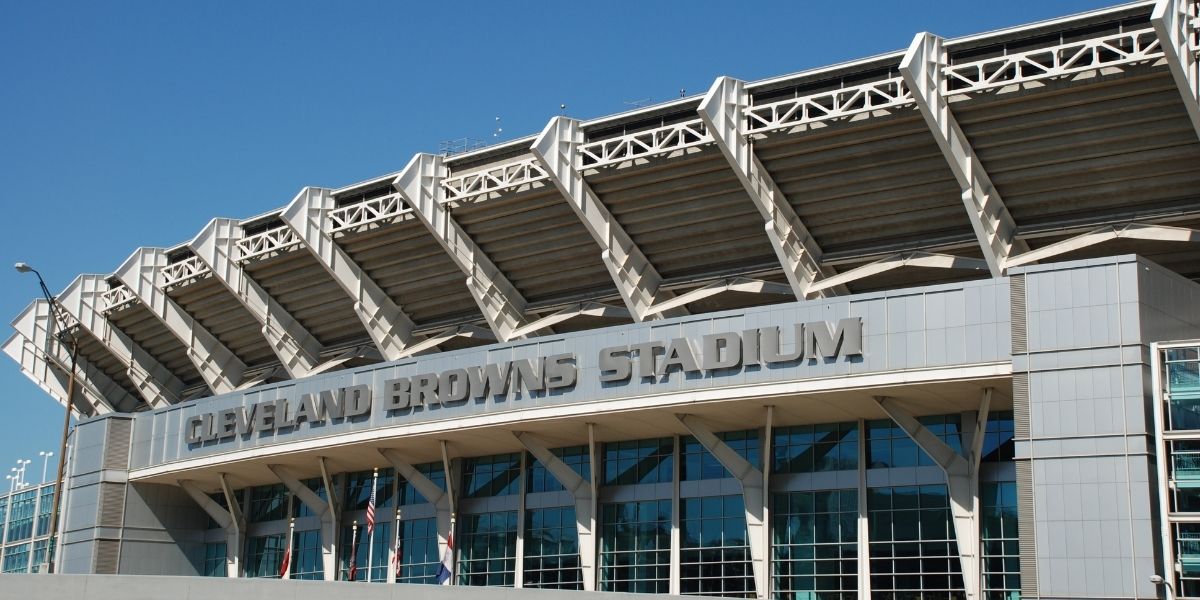 NFL fans, it’s that time of the year! We are here to discuss the details of your favourite sport and the NFL season! Preseasons, regular seasons, playoffs and whatnot – keep reading about your best team.

This time, we know you’re here to learn about Cleveland Browns’ odds, so we’ll discuss which sportsbooks offer the most favourable ones, as well as the whole performance of the team throughout the regular season, which is something punters pay attention to before placing a bet.

The Browns’ standings are excellent when they win, but it’s not always fun and games with this team. Now, the question is: to bet or not to bet? Here’s what we think!

The Browns proved they’re in it to win it after some free agent signings and multiple wins during both the preseason and regular season! It seems like the NFL legends are on the right track to even more victories.

But what do online sports betting sites think about Browns’ odds to win the Super Bowl?

The team has yet to appear in a Super Bowl, so bookies everywhere don’t put too much faith into them. That’s not to say they belong to the groups of worst teams. However, there are some games when bookies believed in the Browns, such as the one against the Chicago Bears. So, in these cases, they are placed as the favourite among all leading online sportsbooks.

Hopefully, Odell Beckham and Nick Chubb, one of the best NFL running backs, will lead the team to a victory and make the Bears hit the sack!

There are various ways to bet on the Cleveland Browns NFL odds to win. Let’s take a look at the most popular types of bets.

We’ll start with the money line. To demonstrate this type of bet, we’ll take one of Bet365’s money lines.

A point total bet is also called an over/under wager. This form of wagering is about the total number of points scored by both sides in the game. As a bettor, your goal is to guess whether the total number of points will go over or under the bookie’s prediction. You’re not attempting to guess the exact number. Point totals can add a twist to your online betting experience.

Finally, prop bets primarily exist to spice up online gambling. You can wager on trivial stuff like which team will score first, the number of points each player will achieve, and so forth. They have nothing to do with the outcome of the game.

Canadian bettors, you don’t want to miss out on the best welcome bonuses on NFL money lines and point total spreads at popular bookies! If you were looking for some free bets, we’ll fill you in on the current top online sportsbooks to wager at for the most bountiful bonuses! Some of them include 22bet, Sportingbet, and BetRegal.

Which Sportsbooks Have The Best Cleveland Browns Odds?

Sadly, odds aren’t predetermined and are ever-changing. Therefore we can’t tell you where to find the best odds. However, there are a couple of online sportsbooks all Canadians can rely on for the latest odds! We’ve got Bet365, Betway, Pinnacle, William Hill, and 888sport.

The sportsbooks above offered bets for the Browns’ win against the Texans, so we can only assume their odds on the upcoming NFL week will be just as rewarding. And if you ever face a gambling problem, you’ll be safe at these bookies as they practice responsible gaming.

How To Bet On The Cleveland Browns

Betting at brick-and-mortar bookies is fun, but wagering at home can be even better. Learn how to place a bet online by following the step-by-step instructions below:

Who Will Win The Cleveland Browns Game Tonight?

A glance at both teams’ history will show you what are their standings for the upcoming match. In order to predict this as closely as possible, consider Browns defense, Browns offense, whether there was any season-ending knee injury, and when was the last time browns won and against which team.

The Browns play the AFC North Division matches above at their home stadium, which means the chances of winning are slightly increased whenever they play there. That’s how it is with the home game advantage; the guest team is booed by the opposing team’s fans while they continuously stroke their favourite team’s ego!

The Browns are a Cleveland-based pro football team founded in 1945. Their rise to fame wasn’t an overnight success. Years of training went into players like Baker Mayfield, Kareem Hunt, John Johnson, and James Hudson. These stellar team members compete in the National Football League as the American Football Conference North Division member club. So far, they have won four NFL championships but never a Super Bowl.

Who Is Cleveland Browns’ Head Coach?

The team’s current head coach is Kevin Stefanski. Even despite some free-agent losses during draft picks and a couple of brutal NFL games, Stefanski has been holding the team together for a year and counting. We hope it stays that way during future NFL seasons too!

But that’s not all! The franchise has gone through an exhaustive number of coaches in its past. Let’s take a look:

Where do the Cleveland Browns play their home games?

The franchise plays its home games at the FirstEnergy Stadium in Cleveland, Ohio.

Have the Cleveland Browns ever won the Super Bowl?

No, they have never won the Super Bowl, but they have won 4 NFL championships.

The team plays in the American Football Conference.

The legendary franchise plays in the AFC North Division.

They joined the NFL in 1950, and they have won four NFL championships ever since – but never the Super Bowl in its current format.

Their biggest rivals in the NFL are the Pittsburgh Steelers. With a whopping 138 meetings, it is the oldest rivalry in the American Football Conference.