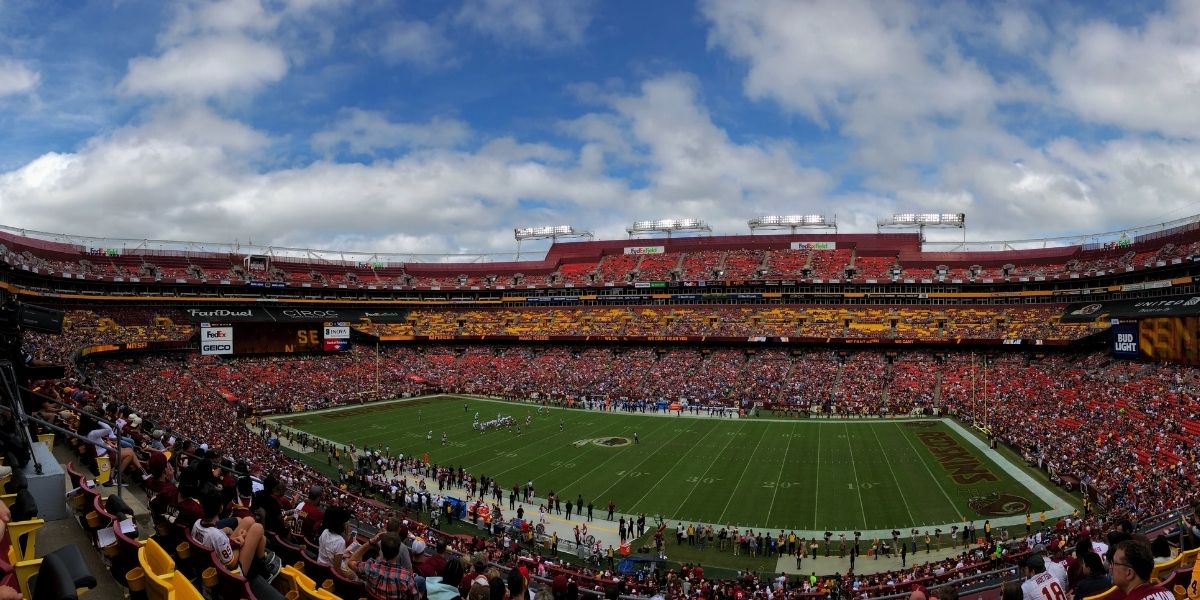 The most popular sport in North America, including both the US and Canada, is American Football.

The Washington Football Team, formerly known as Redskins, compete in the NFC and was established back in 1932, having around 90 years of experience in this sport.

Bookies and betting odds haven’t always been in favour of the Washington Football Team to win Super Bowl, but let’s see what the future matches will bring and whether the lucky wind will lead them to better scores and odds.

Betting odds depend on which sportsbooks Canadian punters decide to choose. The Redskins will always be listed among the available teams to bet on, regardless of the betting site you visit.

Moreover, the Redskins are a team with as many fluctuations over the season as one could imagine. They’ve had their share of winnings, but are also known for the dry years when they were on a losing streak, from 1956 to 1968.

This, among many others, is the reason why you should always check how often the betting odds for a certain team vary from season to season.

Even though we can’t predict the results of the next Washington Redskins games, gambling on the Redskins can be an exciting sports betting challenge for you. The most common and well-known betting line is the money line. It is very popular because it is simple: you have to decide if the Redskins are going to win or lose the next game and place your wager.

Furthermore, a very popular betting line in American football is the point spread. For example, if you decide to bet on the next match the Washington Football Team against the Bills, the bookies offer odds of +9 for the Redskins and -9 for the Bills. The (+) sign in front of the given points suggests that Washington is the underdog, although the (-) sign in front of the Bills means that they are the favourites.

Starting from this September, placing wagers on your favourite team will be more exciting with the special promotions online bookies have to offer. The special promotions are made of special NFL bonus offers, free bets, etc. Sign up for a bookie like Bet99 or Sports Interactions and get a welcome bonus before you place your bet. Remember to practice responsible gaming and always play for entertainment purposes.

Which Sportsbooks Have The Best Washington Redskins Odds?

The start of the NFL season sparked a light in online sports betting. Ideally, the online sportsbooks that offer the best gambling odds for the Redskins are MyBookie, Sports Interaction, Bet 99, etc. If you decide to wager on the Washington Football Team, then it is a great idea to compare the odds from several bookies to choose where they’re the highest.

How To Bet On The Washington Redskins

Gambling on the Redskins can be a unique experience this NFL season. The steps you have to make to bet online on them are easy and simple.

Who Will Win The Washington Redskins Game Tonight?

The outcome of any upcoming game depends on the rivals the Washingtons will be facing. Anything is possible, so punters should just follow whether the team will be facing the Philadelphia Eagles, Carolina Panthers, Kansas City Chiefs or some of the other prospective teams. Once this is known, sports betting sites will provide their best odds and punters can start placing wagers on their preferred team.

The Washington Football Team plays their home games at the FedExField in Washington D.C., originally called Jack Kent Cooke Stadium, with a capacity of 82,000 seats.

The Washington Football team was founded back in 1932 under the name Boston Braves, but the franchise changed their name to Redskins the following year. They moved to Washington D.C. in 1937.

Their biggest rivals are the Philadelphia Eagles and the New York Giants. The rivalry with the Giants started back in 1932 and has been ongoing ever since.

The team’s old Redskins branding, used from 1933 until 2020, was an example of the Native American controversy because the term Redskin is considered offensive and demeaning. According to this, the University of Michigan and the University of California conducted social study research in 2020 and 49% of Native Americans said that the name was derogatory. As this happened, some companies began to pull Redskins products from their shelves. Furthermore, the team declared that they will retire their name. So, until their new name is revealed in 2022, they will be known as the Washington Football Team in the current NFL season.

Who Is Washington Redskins Head Coach?

Ron Rivera, also known as Riverboat Ron, is the current and the 30th head coach of the Washington franchise. With his strength and persistence, he is a real example for his players and the team as he was coaching while beating lymph cancer.

Deservedly, last season he was named as the NFL Coach of the Year by the Committee. Ron Riviera was the former coach of the Carolina Panthers for nine seasons, so he is a passionate coach with experience.

Where do the Washington Football Team play their home games?

The team plays its home games at the FedEx Field Stadium in Washington, D.C.

Has the Washington Football Team ever won the Super Bowl?

The Washington Football Team plays in the National Football Conference in the NFC East division.

Their biggest rivals are the New York Giants. Their rivalry started in 1932 and is still alive today. So, whenever they play a match against the Giants, we assure you that it is a real attraction.