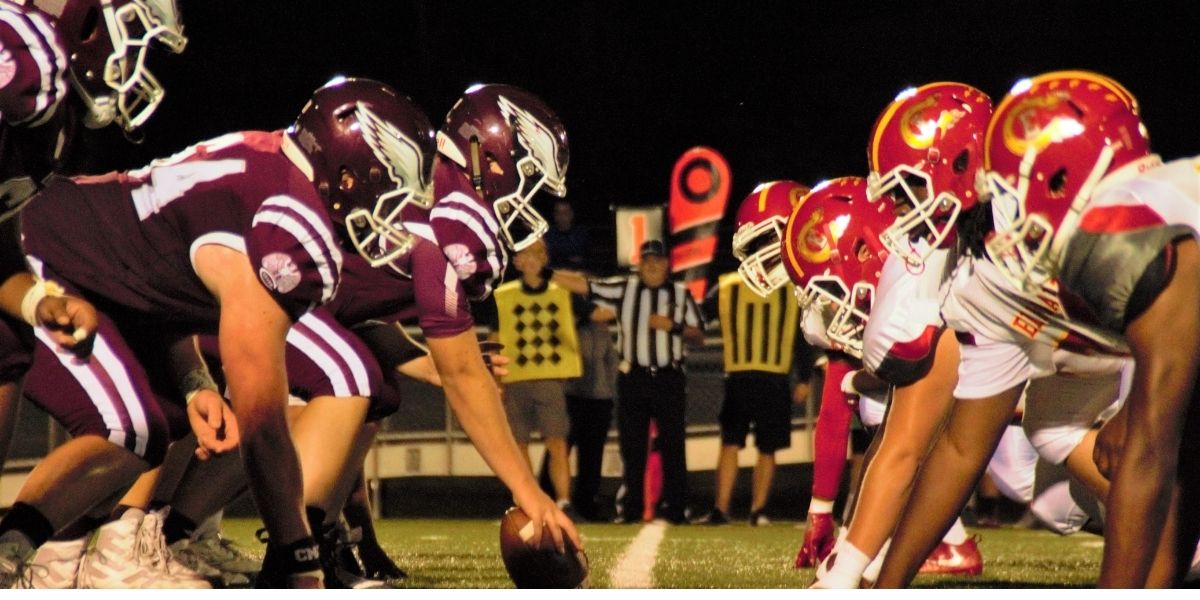 The Saints are a team founded in 1966 that plays in the NFC South division along with the Atlanta Falcons, the Tampa Bay Buccaneers, and the Carolina Panthers.  So far, they have been rated 3rd in their division and 14th in the NFL pre-season altogether which marks the Saints as the underdog.

In this years’ draft picks, the Saints renewed their team. With Drew Brees, their passing yards leader leaving the team, they had to find themselves a worthy replacement. So how did the Saints do with their new recruits?

The Saints were supposed to play their first game in the Caesars Superdome, however, that was impossible due to Hurricane Ida. So, they switched fields and played the game in Jacksonville instead. Although smaller, this stadium surely didn’t stop Saints fans from seeing their favourite team play.

It’s not hard to say that the Saints can surprise us when we least expect it. Since the regular season started, they faced the Green Bay Packers in week 1 winning an astonishing 38-3. Among the most memorable highlights of the game was when Alvin Kamara bulldozed Panthers’ Shaq Thompson for the fourth touchdown. In week 2 the Saints played against the Carolina Panthers, and they lost 26-7 on their home field.

Even though they lost to the Baltimore Ravens, they quickly redeemed themselves against the Jacksonville Jaguars winning 23-21 in the pre-season games. The next time we’ll see the Saints face another contender will be on September 26th at 7 p.m ET hosted by the New England Patriots in the America Stadium.

The betting odds for the Saints vary from bookie to bookie but mostly mark the Saints team as an underdog.  New Orleans Saints’ odds for money line betting are from +127 to +135. The O/U Saints odds hover at /O 42.5 when betting on this team, and the spread is +2.5.  Their odds to win the Super Bowl are +2500, for all the Saints believers. The odds to win the NFC South Championship are +300.

With the NFL’s regular season having started recently, the betting market is filled with NFL betting options. The Saints aren’t that far behind the other teams as a choice for punters in the online sportsbooks.

If you choose to bet the money line on the Saints’ odds to win the next game, they hover from +127 to +135. Clearly, this team isn’t the favourite in the upcoming game, but we never know as the Saints might surprise us.

With sports betting on the rise since the start of the season, Vegas odds are not excluded from the equation. For the upcoming Saints game, the Vegas odds are as follows.

Some of the best sports betting bookies also offer attractive bonuses, features, and even free bets for new NFL bettors.

Which Sportsbooks Has The Best New Orleans Saints Odds?

For Canadian gamblers, the best NFL sport betting bookies include SportsInteraction which is a site specifically created for Canadian bettors. Bet99, Bodog, and Betway are not far behind offering great betting NFL odds and packages for punters.

How To Bet On The New Orleans Saints?

Who Will Win The New Orleans Saints Game Tonight?

The next game on the New Orleans Saints schedule is held against the Patriots on September 26th at 7 p.m et. As we cannot surely know the Saints-game winner, we can surely predict it.

Quarterback Jameis Winston has made his first audition with the Saints and did so successfully but without a memorable encore act. Along with Marquez Callaway, and the best Saints tackle duo – Terron Armstead and Ryan Ramczyk, both in the top 3  in the NFL, the Saints’ offense is quite impressive.

There are some key injuries the players have endured that might change the whole course of the game.  Among the Saints, there’s center Eric McCoy who suffered a calf injury and is DNP at the moment.  Linebacker Kwon Alexander and defensive end Marcus Davenport are also injured and unable to play the upcoming game.

Keeping in mind everything we know so far, it’s hard to know whether the Saints will win against the Patriots. As good as the Saints offensive line is, the Patriots can hold their ground pretty steadily.

As far as home advantage goes, the Who Dat’s are a pretty big one. With the first game being moved to Jacksonville, they have proved their loyalty to the team and committed to witnessing the new era without Drew Brees in person.

The Saints’ home is Caesars Superdome in New Orleans, Louisiana. In the following weeks, the Saints host 7 games this season.

The New Orleans Saints started their football journey on All Saint’s Day, 1966 in the city of New Orleans. The Saints haven’t been very successful in their first 20 seasons until their first playoff win in 2000 – when their luck changed drastically.

At the beginning of the 21 century, they have proven their skill, winning the 2009 Super Bowl Championship on their first Super Bowl appearance. They are the only team in NFL team history that won the Lombardi Cup after losing three games consecutively.

Saint’s current coach is Sean Payton (2006- current) that led them into Super Bowl victory in 2009.

Where do the New Orleans Saints play their home games?

Have the New Orleans Saints ever won the Super Bowl Championship?

The Saints are a one-time Lombardi Trophy holder, in 2009 under the wing of Sean Payton.

The Saints played in the NFC West division until 2002 when they were transferred to the South division.