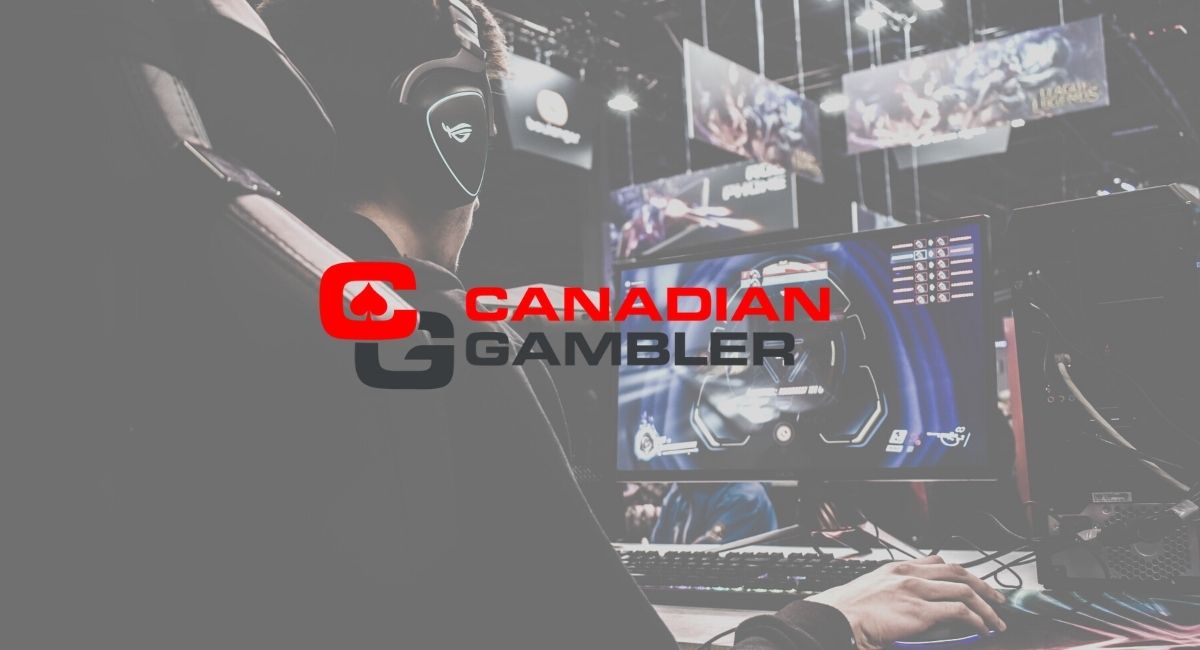 An occasional online bet never hurts anyone, and some may even say that’s it’s good to practice once in a while. If you think that you know everything there is about video gaming and want to bet on competitive games, then you should give esports betting a try!

This type of unique sports gambling is becoming increasingly popular in Canada, with a giant portion of the competitors coming from the region.

Given the fact that countless punters are not yet familiarized with this “new” way of betting, we’ve decided to compile a thorough eSports guide and debunk all details associated. Read on, and discover everything the eSports betting world has to offer!

There are many esports betting sites in Canada, but only a couple of them can be considered the best esports gambling websites.

This bookmaker is extremely secure, and if that’s what you’re looking for – Betson is definitely the best choice. Betson is a one-size-fits-all operator featuring casino games, slots, and a top-notch sportsbook. You can find everything to bet on – a traditional football game, ice hockey, basketball, and a dozen popular esports games such as LoL, Dota 2, CSGO, Rocket League, Starcraft II, among others.

Pinnacle is an online esports and traditional sports betting site that is a pinnacle itself. It was the first website to include esports in the entire world. Pinnacle holds many rewards to its name, and it’s recognized by the United Kingdom Gambling Commission and the Malta Gaming Authority. Canadian players can choose from a variety of payment methods, alongside decent welcome bonuses, and according to many players – the best betting odds for esports competitions.

BetOnline has been one of the first online betting websites that Canadians could access – storming the market over 20 years. This trusted site has multiple betting opportunities, everything from football to live poker dealer games and LoL tournaments. The minimum deposit to join this betting site is $10, and you can choose from a variety of upcoming events alongside attractive promotions and free bets.

888Bet is an online esports bookie that offers a vast gallery of sports and esports titles that you choose from. Its 20-year presence on the online market is graced by more than 25 million players and a license by the UK Gambling Commission. Among LoL, CSGO, and Dota 2, you’ll come across a dozen other popular esports titles. All things considered, 888Bet is heaven for esports fans!

European bookies use decimals, while most USA esports betting sites offer fractional odds. It is always essential to keep these odds in mind and understand them before placing a bet.

The best option for Canadian players is to find an esports betting site with great odds and a wide variety of matches and tournaments covered. Nearly all reputable bookies will offer different betting markets on popular games like Dota 2, World of Tanks, WarCraft, StarCraft II, and many more.

The most common betting options that Canadian players choose include:

Canadians have been following the esports scene for a very long time now. Back in 2018, it was estimated that Canadians cover 59% of the online gaming population. These are enormous numbers for a single country, and that’s why Canadian punters are essential in the online betting world. The Canadian console market itself is worth $900 million with mobile and PC gaming.

The reason for its large audience is that the county is one of the biggest video game markets in the world, with over 20.1 million gamers!

Because online esport gamblers mostly come from Canada, their most popular esports games of choice include LOL, CS:GO, Dota 2, and Overwatch.

This action-packed, intense-graphic battle game has been the most popular video game since the first time it appeared. You can play with unique characters, enter battles, and use your skills to demolish your enemies and destroy the Nexus. It is no surprise that the League of Legends World Championship gathers millions of people who live stream the event and place their esports bets throughout the gameplay.

Everyone loves a good old shoot-em-up game, where your adrenaline reaches a maximum level of excitement. The first-person shooter provides perfect betting opportunities for punters, allowing them to bet on thrilling matches and place creative bets. Because it’s a predictable game in nature, numerous esports betting sites will allow you to place in-game bets. Players regard CSGO as the easiest game to bet on at esports betting sites.

This 5v5 action game is sure to keep gamblers at the edge of their seats as they contemplate on how to place their bets. Dota 2 is an unpredictable game, which contributes to the overall excitement both gamblers and players feel during battle. There is an overwhelming hype, especially during the yearly tournament The International, where players receive record-breaking prizes.

Some of the biggest esports events attract millions of video gaming enthusiasts who want to either watch or place bets on their favourite esports match. Because of their popularity, video gaming competitions gather millions of fans who want to wager and test their opinion, just like commentators do on traditional sports. The year 2020 might have been covered in dark due to the pandemic, but it didn’t stop countless gamers from participating in major events like global championships. The following are some of the most popular esports tournaments of 2020:

The International includes esports teams of the best Dota 2 players around the world. This esports event draws in a large audience from different regions of the world, with the last being in Stockholm, where players could win up to a $25 million reward. Users usually stream The International on Twitch, but viewership is available on multiple gambling sites.

This championship is the bread and butter in the whole esports community. The League of Legends Championship is played during the fall – every year, with the last one being held in Shanghai, where the home team FunPlus Phoenix battled against the best players the esports scene has to offer. Because of its popularity, you can find this tournament present at countless esports bookmakers.

This relatively new game has garnered so much in the last few years that it managed to form a whole championship dedicated to the best Fortnite gamers globally. It offers a whopping $30 million cash prize to the winner, and it has a yearly audience of over 2 million viewers. After the last tournament, the next Fortnite World Cup will include battles in squads or trios, unlike previously in duos which equals higher prize money.

Bookmakers offer different betting types, and it’s mandatory to find a gambling site that will keep you entertained with multiple options. Remember that betting on esports isn’t like betting on traditional games. It involves detailed research and planning before you start betting on your favourite game.

Some of the best bet types include skin betting and in-play bets. Below, we will explain them in greater detail.

A popular choice for many veteran video gamers is the in-play bet, where viewers can place live bets during the esport match is taking place. You can place the bet in the beginning, the middle, or just before the match is concluded.

These types of bets can be found on multiple skin betting sites. It’s still regarded as shady by some punters, and they’re right in thinking so. Namely, at certain bookmakers, you can wager in-game items and skins to win real money. Most of the time, skin betting is a feature of CSGO betting websites, where you can wager your in-game skins. However, countless shady operators that accept skin betting exist, and if you decide to try it, you should always make sure you’re registering with a licensed and regulated operator.

To embark on an esport betting venture, you need to take into consideration several things if you want to bet on esports successfully. If you are a player yourself, then you’re probably familiar with the rules and regulations of the game. But, if you are a newbie in esports and esport gambling, then you need to follow these simple betting tips.

The first and pivotal tip is to gather all information about the esport team you plan on betting on. Track the player’s development and the teams’ strengths and weaknesses so you can know what to watch out for. Follow all news surrounding upcoming tournaments and player strategies so you can make an appropriate decision beforehand.

It is never a good idea to rush with your bet decisions. Make sure to always place bets on trusted players and teams so you don’t have to get caught up in losses. If you place a huge bet on an underdog, the chances of you losing are bigger than placing them on winning teams. You can get trapped in a cycle of losses – placing bigger bets to compensate for your loss. The tip is never to get greedy on a risky match.

One of the most crucial if not the most important tip is to place multiple smaller bets instead of large ones. This is a very good tip for newcomers as they can rush to place a huge bet, thinking that they know everything there is about the team and game and thus encounter grave losses. It is always much more interesting to place a few smaller bets. Smaller bets increase the enjoyment and thus the chances of collecting a few wins rather than losing all their money on one huge bet. You will win if you gamble responsibly!

Esport betting is slowly overcoming the world of sports with its innovative ways of gambling and tournaments. By raising over $5 million in revenue in the year 2016, the esports betting market pivoted their way into a widely recognized market.

The year 2021 is estimated to bring even larger successful milestones to the esports industry with a predicted $13.5 billion with the upcoming League of Legends tournament in the fall. The numbers only prove how much the online gambling community has evolved throughout the years by putting emphasis on serious video gaming tournaments.

Is It Legal To Bet On Esports In Canada?

The betting laws in Canada differ from region to region, with each part having different sanctions concerning online gambling. However, there is no law against using offshore betting sites like official esports betting websites.

Which Esports Games Can Canadians Bet On?

Canadians can bet on popular games such as League of Legends, Call of Duty, Dota 2, Minecraft, Fortnite, and numerous other not-so-popular titles. If you’re not familiar with the game you’re eager to bet on, it’s always good to learn about its gameplay.

What Payment Methods Can I Use to Deposit With eSports Bookmakers?

Canadians can utilize a lot of options such as MasterCard, Visa, Skrill, Neteller, Interac, cryptocurrencies, and numerous other methods.