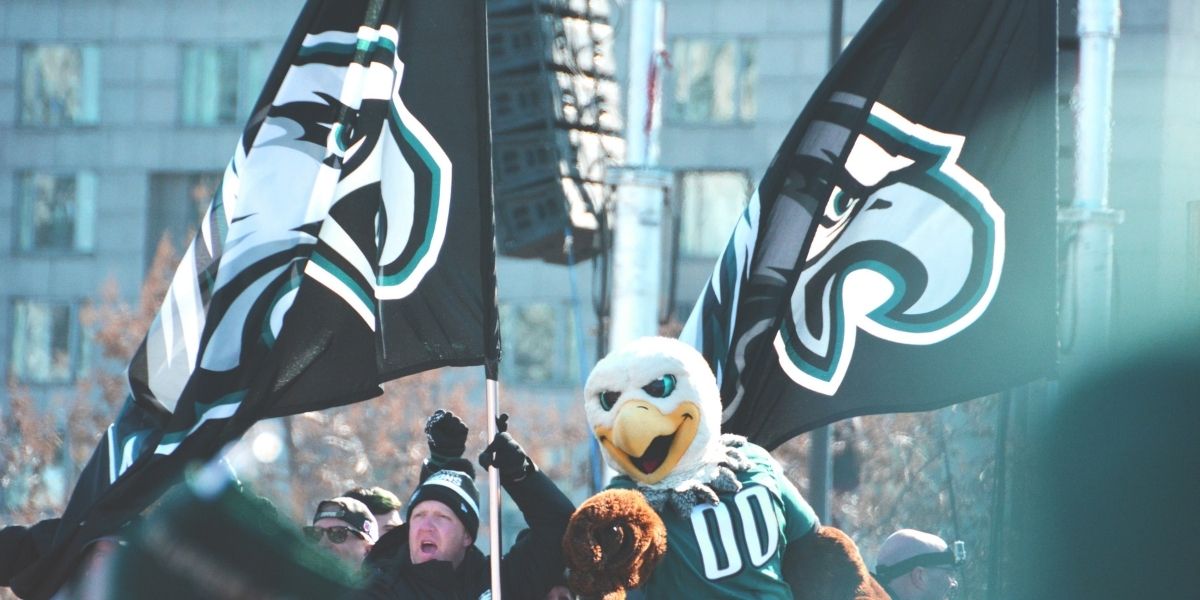 The National Football League has already begun, and all the teams are going down and dirty on the two sides of the ball. One of them is the Philadelphia Eagles, who deservingly secured their place to compete for the East Division of the National Football Conference.

Throughout the years, this team showed up in the playoffs 27 times and left with the division victory 14 times!

In the ocean of teams and betting options, you must be the Eagles enthusiast if you are reading this, but you are indecisive if you want to bet on them. Here we have the best Eagles odds, lines, bonuses, stats, and everything you can think of right now.

Given their history, the Eagles can easily overcome their formidable opponents in the National Football League, such as the Atlanta Falcons and San Francisco 49ers. However, the team has also missed many opportunities to dominate on the field, which is why you should be careful when betting on them.

Injuries and accidents have greatly influenced the team. This was evident from the absence of Brandon Graham that limited the Eagles’ ability to disrupt the opponent’s offence in the past. Still, if you make calculated bets and manage to win, you will cash out a big reward.

Before placing bets on the Eagles, you must comprehend the betting types. If you don’t have much experience, you can choose the most simplistic one, the moneyline odds. The aim here is to pick one team from the upcoming match you think will win. For example, let’s look at a match between the Eagles vs Dallas Cowboys, where the odds are as follows:

The top dog is always the team with the minus value, and the other team is the underdog. In this case, the Eagles are the underdogs that can bring you $170 on top of your initial bet.

Another simple type of wager is the totals, a number of points for both teams altogether. The sports betting site offers you the number, and you just have to express your opinion if the match point total will be over or under the given number. And if you have more knowledge about the Eagles, you can wager on one player’s performance like Devonta Smith, Milton Williams, Miles Sanders, Anthony Harris, Jalen Hurts, and more.

Bettors can find tempting bonuses and promotions for many games in every sportsbook, especially around the National Football League season. You can use free bets on point spread lines, and of course, the beloved welcome bonuses. My Bookie Sportsbook can offer you a welcome bonus where you can double your first deposit.

Which Sportsbooks Have The Best Philadelphia Eagles Odds?

Canadian Sportsbooks love the Sunday Night Football fans. Therefore, finding the best one with outstanding Philadelphia Eagles odds to win shouldn’t be a huge problem. Some of them include Bet 365, 888 Sport, and Bodog, among others.

How To Bet On The Philadelphia Eagles?

Brick and mortar sportsbooks can provide you with incredible experiences, but simultaneously, it’s great how you can place bets from home too. Below, we offer you the step-by-step guide of how you can bet on the Eagles in various online sportsbooks.

1. Pick one sportsbook you think is the greatest for you and register.

2. Verify your sportsbook account, log in, and look for the Eagles odds or prop bets if you want to bet on them

Who Will Win The Philadelphia Eagles Game Tonight?

This Monday Night Football is a battle of division rivals, and the Eagles are fighting the odds to secure a couple of wins. We are all aware that all teams can accumulate points in no time, and despite the Eagles’ underdog status, we have a couple of unpredictable matches ahead.

This is your chance to find the most incredible odds to bet on the Eagles. They are playing a couple of matches at home at the Lincoln Financial Field stadium. We expect them to use their home advantage and beat the odds cleverly.

The relics of the Frankford Yellow Jackets franchise history were marketed to a businessman in Philadelphia, indicating the creation of the Eagles. To this day, they are competing for the NFC East Division in the National Football League. The Eagles didn’t start their playing career off strong, but after almost a decade, they received their turnaround after hiring Earle Greasy Neale. The Eagles won three National Football League Championships.

During the 2017 regular season, Head Coach Doug Pederson established an innovative offence, and the Eagles skyrocketed behind the quarterback Carson Wentz. Months later followed the first win of the Super Bowl Championship.

Who Is Philadelphia Eagles’ Head Coach?

On January 24, 2021, Nick Sirianni was named Chief Coach of the Eagles after being an offensive coordinator of the Indianapolis Colts for three years. With his long coaching history, we are convinced that there is a bright future for the Eagles ahead.

The Eagles franchise has gone through an exhaustive number of coaches throughout the years. Let’s go through all previous Coaches and their Games Coached – Wins – Losses during Regular NFL Season.

Have the Eagles ever won the Super Bowl?

In which conference and division does this NFL team play?

The Eagles joined the NFL in 1933, having one or two victories in seven seasons. But everything changed after the Greasy Neele started coaching them in 1941.

Who has played the most games for the Eagles?

David Akers has a stellar history with the Eagles team, with 188 games played by now.

The Dallas Cowboys and the New York Giants are the Eagles’ biggest rivals in the battle for the NFL Championship.