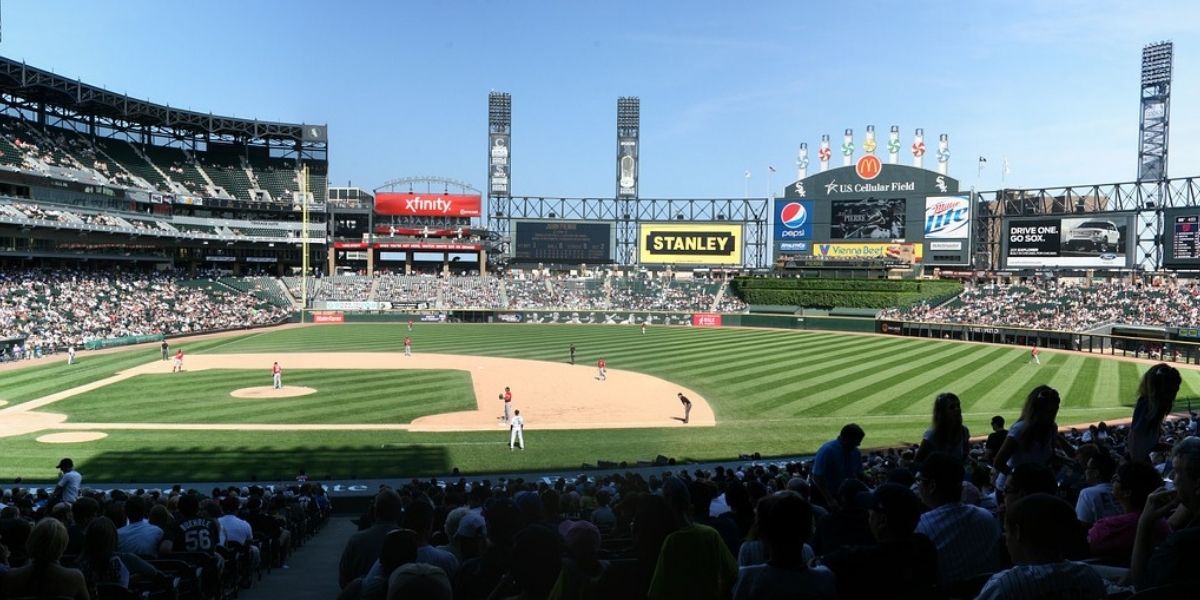 The Southsiders, the Sox, or Pale Hose – whichever name you know them by, you’ve undoubtedly heard plenty about the Chicago White Sox baseball team. They’ve played the AL Central division for over a century, and they’ve been giving their division competitors a hard time in recent years.

One of Chicago’s two teams, the White Sox, has built a sizable following not only from their hometown but from all around the world. Thanks to the quality team they’ve formed, there’s been a lot for those fans to celebrate.

After reaching the MLB postseason playoff series for two consecutive years, it’s not looking like the Sox are going to slow down. Now is a great time for baseball and sports betting fans alike to place their stakes on the White Sox name.

For quite some time, the team has been an underdog, and you may see sox odds be positive a lot of times. However, the White Sox have been on the top of their game in the past regular season, so the odds have turned in their favour for the upcoming season.

Bettors can put their stake on the moneyline if they think the Sox will win, the over/under if they want to bet on the score, or the run line if they want a better payout for favourites or a safer bet on underdogs.

How To Bet On The Chicago White Sox

If you’ve decided to back the Sox in the MLB, why not place a wager? It’s a great way to have fun and win whenever your team does. Whether you want to bet on one game or World Series champions, follow these steps:

Bettors should keep in mind responsible gaming practices. Individuals worried they might have a gambling problem should call 1,800 gamblers for helpful resources. Moreover, betting on a reliable sportsbook platform is a must. Always make sure your preferred sportsbook is safe and has a proper license, following strict regulations.

Who Will Win The Chicago White Sox Game Tonight?

When placing bets, remember that anything can happen! The White Sox are known to have a slow start, but they perform well overall. At least, well enough to clinch the American League central.

The promising right-hander Lucas Giolito and Tim Anderson have led the team to many wins, including against formidable opponents like the Houston Astros, Los Angeles Dodgers and Atlanta Braves.

In recent years, the Sox were a wildcard playoff team. However, they didn’t make it beyond the Wild Card games in the postseasons. Still, the team is strong and could certainly manage even more impressive results in the upcoming seasons.

Home games are always an exciting occurrence. The huge crowds of fans gathered to cheer on their team certainly improved the team’s morale. This may be one of the reasons we see much better win-loss ratios for teams when they play on their home field.

The White Sox had a great last season, clinching the AL Central and making the playoffs. This is in large part thanks to their 53-28 home ratio.

The franchise was established in 1901. The name was originally the Chicago White Stockings – a reference to their crosstown rivals the Chicago Cubs’ old name. They play in the AL Central division.

The Chicago White Sox won the MLB World Series 3 times, and for the previous 2 years – 2020 and 2021- they’ve made playoff appearances in the postseason playing the Wild Card game and the American League Division series, respectively.

The White Sox won the World Series for the 1st time in 1906. At the time, they were called “the Hitless Wonders” because of their team’s defence-oriented plays. Their second win came in 1917 and would be their last for a while. In 1919, the Black Sox Scandal happened, in which eight members of the White Sox were accused of conspiring with gamblers and throwing the World Series against the Cincinnati Reds.

Their last MLB championship was in 2005. At the time, the team was under the management of Ozzie Guillén and made MLB history for being the 1st World Series win led by a Latino manager. Since the team’s inception, they’ve had an overall record of 9,411–9,309 (.503)

Who Is the Chicago White Sox Head Coach?

Anthony La Russa has been managing the White Sox since 2021. This isn’t Russa’s first introduction to the team as he managed them back in 1979 as well, leaving the position in 1986.

Russa has previously also managed the St. Louis Cardinals and Oakland Athletics. In his 33 years as manager, he’s seen teams win three World Series titles, 6 league championships, and 12 division titles under his leadership. Very deservedly, in 2013, he was unanimously elected to the Hall of Fame.

A good coach is crucial to a good team. Some names who have left positive impacts on this team in the past are:

Most HRs in a Single World Series

Even people who know nothing about baseball know what a home run is. These players scored the most home runs for the Sox in a single season:

Most HRs in World Series All Time

A season with over 40 home runs is impressive for sure, but players need to consistently perform well. These people did just that and hold spots for most all-time home runs for the team:

Most Career Hits by Chicago White Sox in World Series

The team has seen some incredible batters pass through its ranks. These are the few that stood out as the crème de la crème:

Where do the Chicago White Sox play their home games?

From 1910 to 1990, the team played their home games at Comiskey Park. When Guaranteed Rate Field opened in 1991, the Sox moved there and adopted it as their home park.

Have the Chicago White Sox ever won the World Series?

Yes, the White Sox have played the World Series on multiple occasions and hold three MLB World Series titles. They first became champions in 1906, later again in 1917, and after 87 years – one of the longest droughts in MLB history – they won the title once again in 2005.