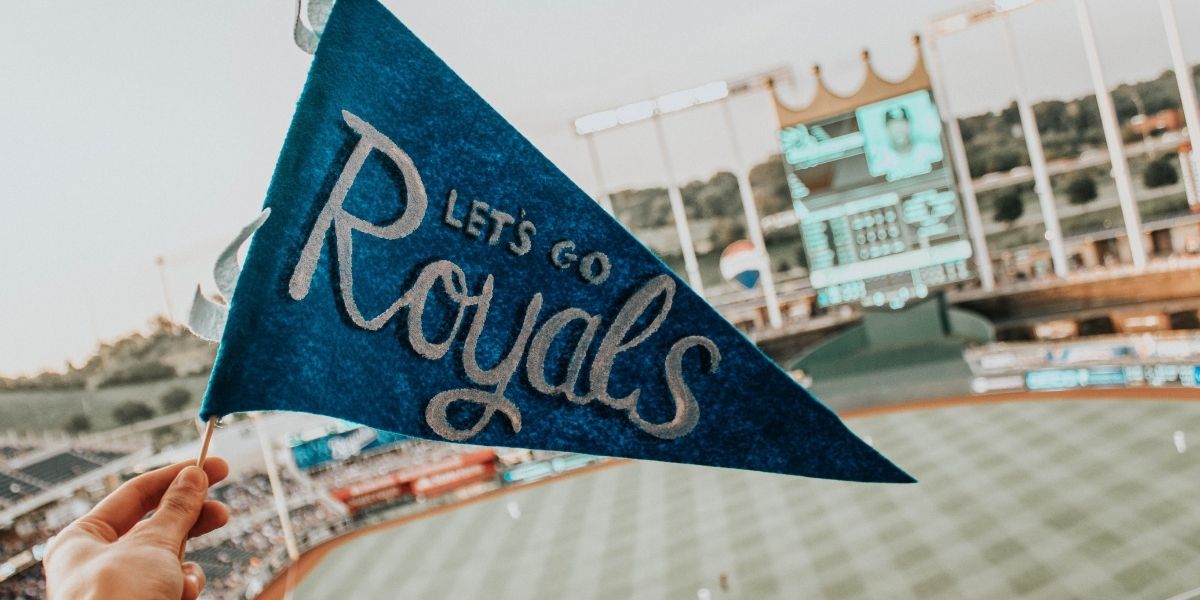 If you are a baseball fan, then the name of this team has surely come across. The Kansas City Royals are well known in the online sports betting world. Yet, it is crucial to note that their game has not been up to par for the past 6 years.

Although considered on the path to becoming legends, the Royals have had a turbulent few years – taking in mind the few transfers of players, as well as signing new ones and the injuries of Brad Keller and Brady Singer.

Nonetheless, The ‘Yals – as they’re commonly known – are still fighting and keeping the odds in their favour. Don’t dismiss this underdog, because as we have seen in the past, they can surprise us with a strong comeback!

The Boys in Blue – another name they are known by – are part of the MLB, specifically the American League (AL) Central division. The trading deadline for the Royals came and went in a blink of an eye. But it wasn’t for nothing!

They had 2 significant trades, but their roster for the upcoming season still contains names that some consider they should step off their seat to younger players. Speaking of the roster, note that although Brad Keller has been on the injured list, his injuries are expected to heal for the next season.

Looking in the past, The Royals have had the best odds against San Francisco Giants, Cincinnati Reds, and Colorado Rockies. On the other hand, they have always had the least success with the Chicago Cubs and the New York Yankees.

Nevertheless, the statistics about this team and the fact that they managed to finish 4th in the American League are solid proof of their abilities. So, don’t be surprised if you find straight lines in the sportsbook for this team. Everything about the season’s odds and wagers surrounding this team is presented here!

How To Bet On The Kansas City Royals

If you are looking to bet during the MLB season, then there are a few things you should know. On-sight betting as well online betting is allowed, but there are some limits as to age restriction and in some rare situations, restriction by region.

Nowadays, there are plenty of places where you can make your bets: a website sportsbook, sportsbook as a mobile app, online sportsbook, etc. Below is a step by step guide on how to bet on this team in the MLB:

When putting wagers on MLB it is crucial that you first understand the terms that are used – run line, moneyline, pitch, hit, center field, right center, innings, and all the rest. So if you have all of these covered, you are free to check Kansas City Royals odds.

Note: Betting always serves only for entertainment purposes, thus responsible gaming is encouraged. For any gambling problems that may arise, contact your closest recovery program.

Who Will Win The Kansas City Royals Game Tonight?

The Major League Baseball of 2021 has made a special stir everywhere around the world regarding the name of the Cleveland Indians. However, when talking about the Royals, many don’t think about placing their wager on them. Yet, they always seem to come right back up!

With a strong starting lineup consisting of some of the most famous names like Carlos Santana and Hunter Dozier, and pitchers like Brady Singer and Brad Keller in their roster, the odds of the Royals seem to go up!

Betting on the ‘little guy’ can sometimes bring you a win. The ‘Yals, like all other teams, prefer the home field. Below is the schedule of their games at home:

Founded in 1969, by Kansas businessman Ewing Kauffman, The Boys in Blue has since played as part of the MLB. The name “Royals” pays tribute to their annual show but was accepted as part of the club in 1968.

In their first game ever, they started strong and beat the Minnesota Twins 4-3, within 12 innings. Since then, they have kept climbing the ladder of this world. Because they are another team from Missouri aside from St.Louis Cardinal, these two teams have formed a rivalry known as Show-Me-Series in the MLB.

In total, The Boys in Blue so far have played in 4 WC – winning 2 of them, 4 pennants, and holding 6 decision titles and 1 wild card berth.

Who Is the Kansas City Royals Head Coach?

The current head coach of The Boys in Blue is Mike Matheny who is a former professional baseball player. Playing for a few well-known teams, he played in the MLB for 13 seasons. Before being announced as the head coach of the Royals, he managed the Cardinals and won 4 Rawlings Gold Glove Awards.

We can’t prescribe all of the glory The Boys in Blue have achieved without mentioning their coaches. Some of the recent ones include:

Most HRs by Kansas City Royals in a Single World Series

Most HRs by Kansas City Royals in World Series All Time

The Boys in Blue have participated in 4 WS so far and here is a list of the players that reached the highest score in HRs:

Most Career Hits by Kansas City Royals in World Series

These are the most CH held by players of The ‘Yals:

Where do the Kansas City Royals play their home games?

Kauffman Stadium is located in Kansas City, Missouri. This is the home field where the ‘Yals play their home games. It was built in an era when most stadiums were constructed – 1973 under the name Royals Stadium.
That year, as well as 2012, the MLB All-Star games were hosted in this arena. In 1993 it was renamed after Kauffman and now serves as one of the best examples of modern design.

Have the Kansas City Royals ever won the World Series?

Yes. The Boys in Blue have played in 4 WS in total – winning 2 of them. In 1985 they faced off against the St. Louis Cardinals and the Royals won 4-3. With 2 consecutive Game 7 wins in this year’s playoff series, they also became the first-ever to achieve this milestone.
In 2015 was their second win in the WS. The most intriguing part was their opponent – the New York Mets, a name well known in this community. The score was 4-1.
Stay with the most up-to-date news about The ‘Yals on their official site!