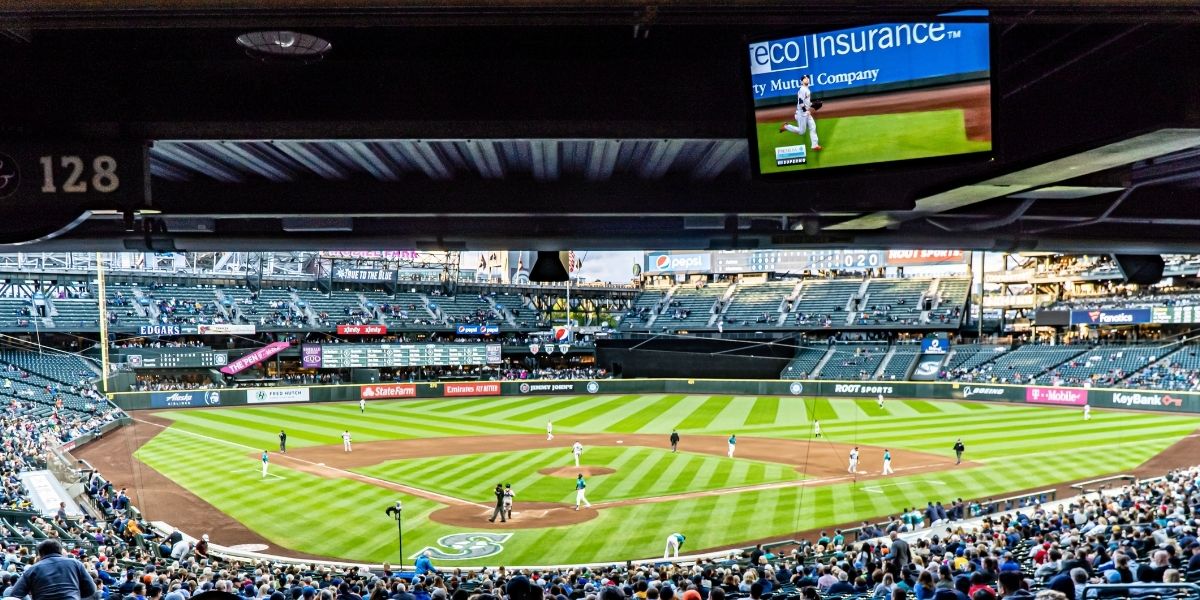 The Seattle Mariners are an attractive MLB franchise boasting a team of great players and more legends in the making. Despite not having the best of luck in certain seasons in the past, they’re considered as one of the underdogs that can shock us all! Nowadays, the odds of the M’s claiming it all are thin as they missed the postseason for 21 years.

Baseball lovers will never forget the 116 record season of the Seattle Mariners in 2001, which was immensely overshadowed by what followed after it.

Read on to discover betting opportunities and more team’s history details of the M’s.

The squad is on a good run following their year with a positive record. With the return of some key players in the squad, their odds for the next year can be way better than the previous ones. The team went through some changes, signed good pitchers like Chris Flexen and a couple of new batters so that the sun may rise again on the American West Coast.

How To Bet On The Seattle Mariners

Placing bets on your favoured sport has been around for years. With the rise of online betting on MLB, sportsbooks around Canada offer plenty of MLB betting odds for all teams in the league. Below, you’ll find four crucial steps on how to bet online on the M’s:

Always remember to practice responsible gaming when gambling online. Should you ever encounter a gambling problem, don’t hesitate to contact customer support.

Who Will Win The Game Tonight?

The past 2019 MLB year ended with Atlanta Braves as a champion for the second time in their history, and people had already forgotten about the Mariners. However, since the team has managed to cap several triumphant years in the past, the online sports betting odds are increasing in their favour.

Despite the years-long struggles in the MLB, the franchise is packed with good players, but their pitching is in free fall. They might not have a pitcher like Cole Irvin, but their new signing, Chris Flexen, is expected to change that soon, and the mound will look better.

The M’s have played their home matches at the T-Mobile Stadium since 1999. Before moving to their new home in the AL West, they played on the old Kingdome from 1977. The ballpark can gather a total of 47,292 fans, and it’s one of the few ballparks in league with a retractable roof. In 2018, T-Mobile acquired the right to rename the arena, and it was renamed before the 2019 MLB regular period. The ballpark is the fifth largest stadium and the second biggest in the American League West division.

Even though they used to be an impenetrable force in 2001, the M’s are no longer the most dominant hosts, as their odds are no longer in their favour. Most visiting teams will leave Washington State with all four wins in the clash, with home fans asking what went wrong on their ballpark.

The Mariners joined the MLB in 1977 as an expansion team and played their home matches on Kingdome before moving to T-Mobile Arena in the SoDo neighbourhood in Seattle. Their name came from the city’s maritime culture and took the nickname M’s in the process. Since joining the MLB, the team has been a member of the American League West. Their main divisional rivals are the Los Angeles Angels, Oakland Athletics, Texas Rangers, among others.

The M’s franchise exploded in the early 2000s, managing to win 116 matches in the regular MLB season, and are now tied with the Cubs for the most wins in a single baseball season. The franchise owners shock the baseball world by bringing in the Japanese phenom Ichiro Suzuki directly from the Japanese baseball league.

As of now, the franchise has failed to reach the postseason for 21 years in a row! In that 116 win year, the franchise didn’t get near the World Series as the record-holders New York Yankees beat them 4-1 in the ALCS game. Since that defeat in their matchup, the era of M’s lightning baseball faded.

Who Is the Seattle Mariners Head Coach?

The current Mariners lead coach is Scott Servais, one of the three coaches with a positive win percentage of .503. Servais was appointed as the team’s head coach before the 2016 season, which was the Mariners’ 40th year within the MLB. Despite Servaise’s winning record since his appointment, he could not break the longest playoff drought in MLB history, which is still active by Seattle, going around for 21 years.

With him calling the shots from the bench, Seattle started to look like their former selves from the early 2000s. Still, even with improving their regular season score, the team cannot face formidable opponents such as the Houston Astros and the Boston Red Sox. Scott’s team is facing many injuries, which took a toll on the Mariners, rending them short of the playoffs each year since 2001.

Still, with the ongoing positive changes in the team, Servais is expected to break the curse and bring Seattle to the playoffs.

Few Mariners top coaches have managed to earn their place in the teams’ history, and here’s a list of the top four managers:

Most HRs by the Mariners in a Single World Series

Every baseball fan likes to catch a home run ball, and these three players have hit the stands more than any other.

Most HRs by the Mariners in World Series All Time

Only a few players in the M’s era have managed to score over 300 home runs, and we got the best of them listed below:

Most Career Hits by Seattle Mariners in World Series

Hitting the ball might seem hard for someone, but these three Mariners found pleasure in doing just that:

Where do the Seattle Mariners play their home games?

The Mariners have hosted their home games at T Mobile Park since 1999. The ballpark can gather up to 47,929 M’s fans. The stadium is located near Downtown Seattle, and it’s one of the few with a retractable rooftop in the MLB.

Have the Seattle Mariners ever won the World Series?

No, they haven’t. The franchise from Washington State is yet to win their first-ever Commissioner’s Trophy in the World Series. The M’s are the only team in MLB history who never made it into the World Series.