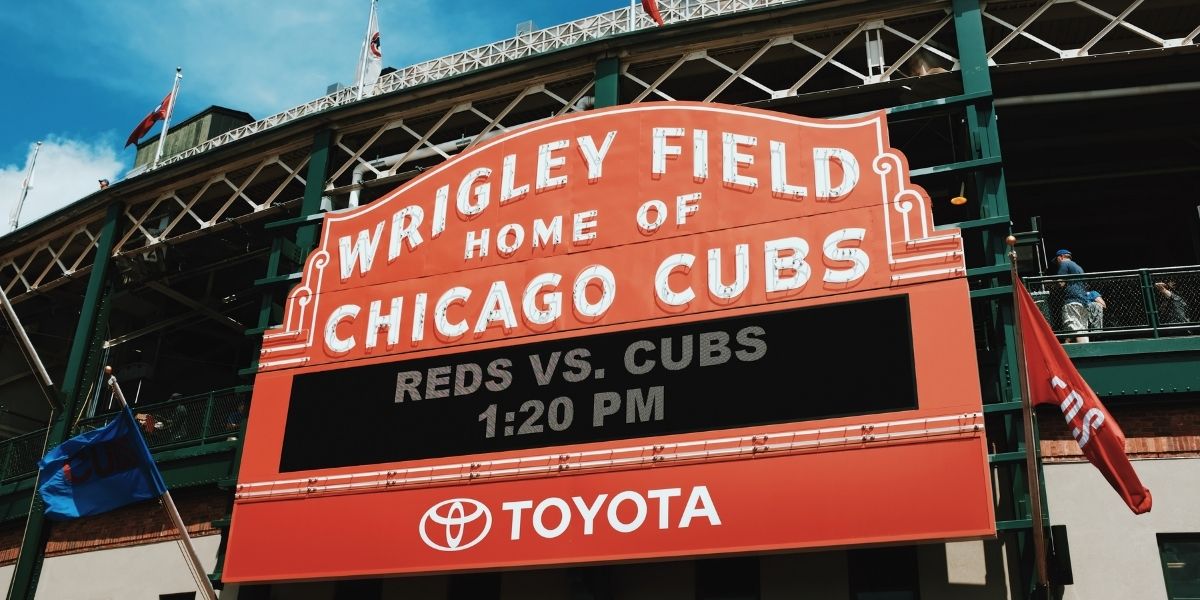 Instead of delivering groundbreaking records on the field, as we’ve seen in the past, the famous champions of Wrigley Field – Chicago Cubs found themselves at the center of attention as a result of undergoing a transition phase. During this phase, several star players were traded away – a decision that may or may not pay off in the long run for the team.

The star players who left the team included SP Yu Darvish, LF/3B Kris Bryant, SS Javier Baez, 1B Anthony Rizzo, as well as Closer Craig Kimbrel. On the other hand, the team kept some of their star players such as Kyle Hendricks, Alec Mills, Jayson Heyward, Nick Martini on the left field, Jason Heyward on the right side, as well as Rafael Ortega holding the center.

All in all, this is definitely a crucial point for the Cubs and may affect their odds to win.

The Cubs’ odds to win the division this following season are not looking bright. This figures to a close race head-on with a number of quality clubs. This comes as quite a surprise, as nobody expected the team to trade in some of its more prominent players, especially right before a season when the Wrigley family will be pitted against teams such as:

The team might also face off against the New York Yankees, Atlanta Braves as well as Miami Marlins in separate individual games. You can check the current odds, live odds as well as predictions for this season’s National League below.

How To Bet On The Chicago Cubs

Sports betting on National League Baseball is legal in-person as well as online, but only if you are using a legal, regulated sportsbook website and fulfill the age requirements. There are various platforms, online sportsbooks, mobile apps, and ways you can do this. Keep in mind that the point of betting on MLB is to have fun while watching your favorite team.

If you want to place a bet on your favorite or preferred MLB team or keep an eye out for the World Series odds, the process can be done by joining a sportsbook online is quick and simple – all it takes is just a couple of minutes and you are good to go.

Draftkings sportsbook makes placing a bet as easy as slicing a pie. With easy registration steps and plenty of new user bonuses, it is one of the top betting platforms in the game. Down below are a few quick tips to help break down the process of online betting:

Remember: Responsible gaming should be a priority to everyone, and under no conditions should it be viewed as a means to get rich, make money, or be a primary source of income. Fun is addictive, so we don’t want betting to turn into a gambling problem.

Who Will Win The Chicago Cubs Game Tonight?

The highly anticipated game later tonight is full of excitement, as both teams are set to win at any cost.  But taking in mind that the Cubs have shown incredible spirit, determination, and incredible results in the past few games, many bet the odds on the Wrigley champions. For now, all we can do is wait and see.

The Cubs play their home games at the Wrigley Field. The schedule for the next season came forward, and they have some of the most anticipated face-offs on their home territory.

Established back in 1876, the Cubs is one of the most famous baseball teams to ever hit the green grass of the field. It is one of the two major league teams based in Chicago, and during their long run which lasted for over a century, they participated in a total of 11 World Series Cups, winning a total of 116 games.

The famous ballpark they once acquired was renovated and named Wrigley Field after the Wrigleys, more precisely after the club’s owner – William Wrigley.  The Wrigley family owned the stadium until 2009, before transferring it to the Ricketts family.

A true pioneering team in its own right, the club has had a total of 21 playoff appearances, received 17 pennants, and won 3 world championships, earning itself the fame and glory it has today. To put it short, the team has shaped the MLB futures, way of play, and has earned its spot in the Major League Baseball Hall of Fame.

Who Is the Cubs Head Coach?

The current Head Coach and Manager of the Cubs is David Ross, a former professional baseball catcher with more than 15 seasons of experience in the MLB and mesmerizing accomplishments on the field, behind his back.

We can’t simply brush through the club’s history without making a few honorable mentions of legends which brought the team victories unlike any other before:

Most HRs by the Cubs in a Single World Series

The record for most HRs in a single World Series belongs to Sammy Sosa, who scored approximately 66 home runs in one season. Sosa also rocks the leaderboard’s second and third place for most home runs scored by Cubs players.

Most HRs by Chicago Cubs in World Series All Time

The most HRs by the Cubs in this category is also held by the legendary Sammy Sosa who has hit a total of 545 home runs in the club’s franchise and set a record that echoes throughout history.

Most Career Hits by Chicago Cubs in World Series

The record for the most career hits by the Cubs is held by none other than Cap Anson, who holds the record in the club’s franchise with approximately 3,012 hits.

Where do the Chicago Cubs play their home games?

The Cubs play their home games at Wrigley Field – a baseball park located on the North Side of Chicago, Illinois. The site was opened back in 1914, making it more than a decade-old standing museum of victories and many great memories for the team.

Have the Cubs ever won the World Series?

The Cubs have won three World Championships. The first World Championship the team won was back in 1907, during a final clash against the Detroit Tigers. Just one year later, they faced off against the Tigers once more, only to deliver a groundbreaking victory once more. The most recent World Series Championship the Cubs won was in 2016 against the Cleveland Indians.
You can stay up to date with all the latest information about Cubs, sports betting, NL central odds, as well as everything involving the regular season through the Marquee Sports Network.