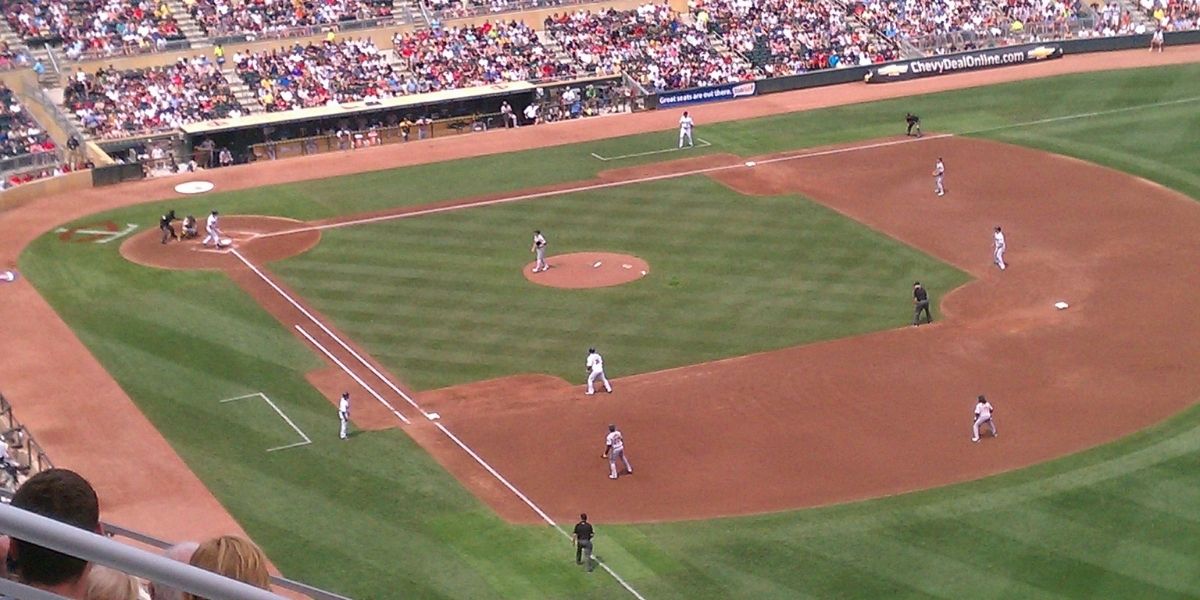 Maybe you’re a fan of some baseball team, or maybe you simply enjoy lazily watching a matchup on a Thursday evening. No matter the case, you can make watching sports much more exciting by placing a wager with your preferred sportsbook.

The Twins are a franchise with a long-standing history and even a couple of World Series wins to show off. Betting on such a team is not a bad choice. Whether you want to wager on a final result or a number of home runs, you have an opportunity to have a good time and maybe earn some cash along the way.

If you are thinking of betting but don’t know where to start, keep reading! We will guide you through everything you need to know about the Twins, their history, and what to look for when placing a bet.

Once an MLB season starts, betting odds can and will change constantly. This change can be due to several factors, many of which are unpredictable in foresight, so it’s hard to say where teams will stand. Clever punters can take advantage of these factors and hop on a bet before the odds change.

Although it will depend on who their opponent is, the Twins are common favourites and will usually carry lower-paying odds. Trends are a good way for punters to see what odds will be, and try to make an advantageous bet.

To find the best betting odds and maximize your payout, it is important to browse scheduled games on multiple sportsbook websites for the best offers. It is also important to stay informed on previous games, wins and losses, and current news concerning both the team and their opponent.

How To Bet On The Twins

If you’ve been following the Twins and think they’ll win, or have any opinions on game outcomes, sportsbooks will give you an opportunity to place a wager and see those opinions pay off. Online sports betting has never been easier, all you have to do is

Bettors also have an opportunity to place live bets. You can watch the game from the comfort of your home, and use your sportsbook account to in-play wager on dynamic odds.

Remember that gambling should be done for entertainment purposes. Make sure to practice responsible gaming and seek out help if you suspect you have a gambling problem.

Who Will Win The Twins Game Tonight?

After clinching the AL Central Division of the MLB for two years in a row – 2019 and 2020 – the Twins were considered shoo-ins to win before the start of the 2021 MLB season. This opinion was quick to change, however, as they weren’t up to the task in the first game and continued to struggle in the following games.

Between the trades of top players Jose Berrios and Nelson Cruz, and an injury taking out star centerfielder Byron Buxton for months, the Twins never had a chance to recover. Even though their last game against the Kansas City Royals ended with a win, they finished last in their MLB division.

However, just as they can go from first to last season to season, they can return to the top. Fans of the Twins are hopeful and awaiting a strong comeback in the next MLB season.

Home games are a good way for fans to see their favourites play, root for them and boost morale during a game. And, although surprises can always happen, teams will usually perform better on home turf. Thus, when playing games on their field the Minnesota Twins’ odds of winning go up.

The Minnesota Twins play their home games at the Target Field. During their 2021 MLB season, the home win-loss ratio was 35-46, which is bad when compared to previous years, yet still better than their away ratio.

The Minnesota Twins franchise was founded in 1901 in Washington, D.C. and was known as the Washington Senators. It underwent a total rebrand in 1961 when it relocated to Minnesota, choosing a new name in the process. Its new name comes from the Twin Cities area which encompasses its current home of Minneapolis.

Who Is the Twins Head Coach?

The current head coach is Rocco Baldelli, and he’s occupied his position since 2019. Even though 2021 was not a great MLB season for the Twins, Baldelli has previously led this group to 1st place in the AL Central both two consecutive years. In 2019, his first year coaching, Baldelli was named American League manager of the year.

As a long-existing franchise with a long history, the Twins have seen a lot of managers come and go. Some notable names, who took the team’s performance to the next level, are:

Most HRs by Minnesota Twins in a Single World Series

The franchise has accomplished a great deal throughout the years and in 2019 its squad set a new record for most home runs by a team in an MLB season. The hitters with the most impressive results are:

Most HRs by Twins in World Series All Time

Long-time fans are aware of the quality plays offered by the Twins. Throughout the team’s existence the following legends managed to score the greatest number of home runs:

Most Career Hits by Minnesota Twins in World Series

Every hit matters! Whether they were singles, doubles, triples – it doesn’t matter – these former teammates batted so impressively they still hold the top spots:

Where do the Minnesota Twins play their home games?

The squad has played in a few different places. From 1961 to 1981 they played in Metropolitan Stadium, and from 1982 to 2009 in the Hubert H. Humphrey Metrodome.
Today, the Twins conduct home games in their home ballpark Target Field, located in downtown Minneapolis, ever since its opening in 2010. In 2014 the baseball park had the chance to host the MLB All-Star game.

Have the Minnesota Twins ever won the World Series?

Yes, the Twins have won the World Series a total of 3 times. Their first win was in 1924, while they were still the Washington Senators, their second was in 1987, and their most recent win has been in 1991.