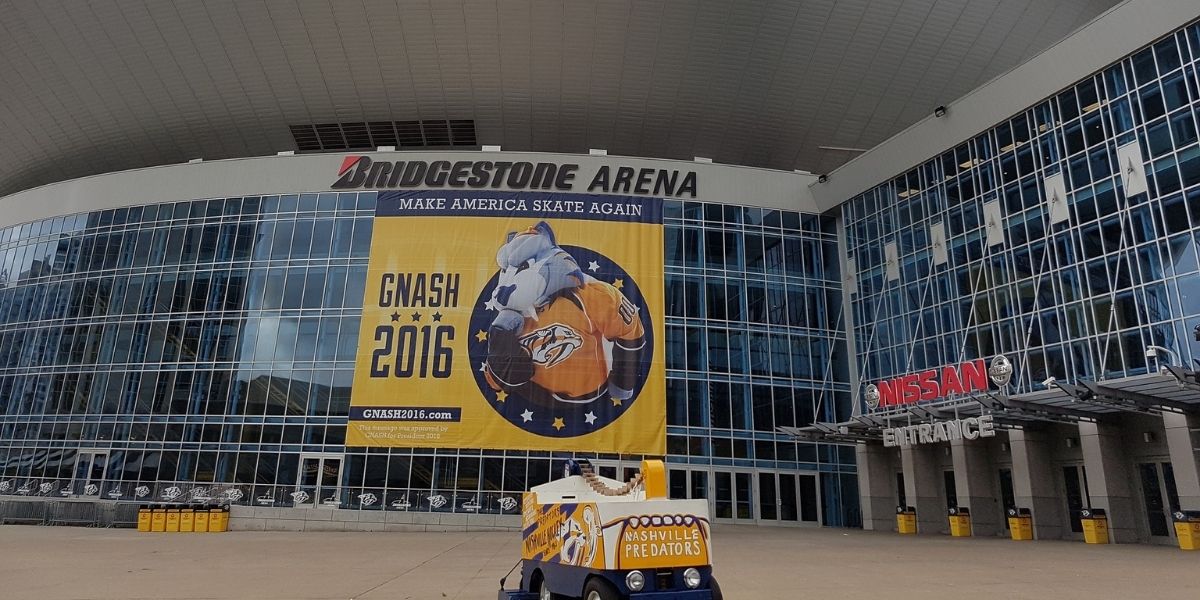 The Nashville Predators had a pretty decent season last year. In the regular season, they came in 4th in the NHL’s Central Division. You can say that is some kind of achievement because the Central Division is stacked with amazing teams. Many people were even surprised that the Nashville Predators could qualify for the Stanley Cup playoffs. This brought in new fans, eager to watch their new favorite team.

The Nashville Predators’ standings were even a surprise to the online sports betting sites, and they had to quickly change some of the odds that they had placed before the NHL season started. Despite all the hype, the  Predators fell short in the first round of the playoffs, losing by two games to the Carolina Hurricanes. Because of the major downfall in the playoffs, the bettings sites haven’t given the Nashville Predators great odds to win the Stanley Cup in the 2021-22 season.

Last year’s pandemic had a major effect on the NHL season. The NHL had to make four new divisions to make things more acceptable and allow the season to go on. There is no doubt that even the NHL betting odds got affected. Many teams underperformed, and some underdogs took the chance to shine.

For the upcoming season, the Predators have been giving pretty bad odds, and it can all come down to the surprising loss in last year’s playoffs. They were considered one of the better defensive teams in the league, but something went wrong and their playoff run ended quickly.  If you are a fan of the Nashville Predators look away when you check for the NHL odds for this season, because the Predators are in the bottom half of the table, for teams that may win the Stanley Cup.

Like for any other NHL team, there are odds and lines for the Nashville Predators. If you are a new fan of hockey and you have decided to follow the Predators, the most straightforward bet you can do in the beginning is a money line. You only have to place a bet on which team you predict to win a game. There are also other types of betting lines like under/over, puck line bet, prop bets, and many more. It is wise to stick to money line bets because these are pretty much meant for newbies.

Another thing the new online bettors need to know is picking the right betting site. Why is this so important, you might ask? Well, many betting sites will offer special free bets, before the start of the season or the start of the postseason.  Once players have created an account, those free bets will be waiting for them. This is another great way to watch the Nashville Predators play, and have a little bit more excitement when you know some money is on the line.

Which Sportsbooks Has The Best Nashville Predators Odds?

How To Bet On The [TEAM]

Who Will Win The Nashville Predators Game Tonight?

The Predators schedule this preseason was a home game against the Florida Panthers. You can bet your bottom dollar that Music City was pumped up, and the Bridgestone Arena was full of supporting home fans. And with their excellent performance last season, everyone is expecting great games for the Predators this season.

It is always special to play in front of a home crowd. The energy and the atmosphere is on a whole other level, and you can even say that the home fans are another player on the field. Winning feels even better because you can celebrate with your fans.

Based in Nashville, Tennessee, the Predators entered the NHL in the 1998/99 season. They compete in the Central Division of the Western Conference. They haven’t yet been lucky to lift the Stanley Cup, however, they are certainly an amazing squad to watch.

Who Is The Nashville Predators Head Coach?

Next, you can see the full coaching staff of the Predators:

Unlike other teams in the league, there haven’t been many changes in the head coach department since the squad has been part of the NHL.

The Predators had an amazing run last season, and gained thousands of new fans across the country and the world. Besides, they’ve banked in a hefty revenue, so we’ll introduce you to some interesting trivia and facts about the Predators:

All in all, with the likes of Ryan Johansen, Filip Forsberg, Matt Duchene,  Calle Jarnkrok, Roman Josi, Juuse Saros, and others, the Predators are a pretty exciting squad. We will get to see them in action in the preseason before we start off the regular season. NHL betting is always interesting, just make sure to practice responsible gaming, so you don’t start a gambling problem. Choose your betting site wisely, deposit funds that you can back, claim any kind of no deposit bonus that might be offered, and choose your bet types carefully.

Where do the [TEAM] play their home games?

All of their home games are played at the Bridgestone Arena.

Have the [TEAM] ever won the Stanley Cup?

Unfortunately, they haven’t yet won the coveted Cup.  The closest they ever got to lifting the Stanley Cup was back in 2017, where they were defeated in the finals 4-2, by the Pittsburgh Penguins.

The Predators play in the Central Division, which is a part of the Western Conference.

They are currently part of the Central Division.

The all-time points leader for the Predators is David Legwand (566).

Who has scored the most goals in a season for the [TEAM]?

Who has played the most games for [TEAM]?

David Legwand currently holds the record for most games played with 956.

There are a few teams that can be considered big rivals to the Predators and those teams are the St. Louis Blues, Tampa Bay Lightning,  Detroit Red Wings, and the Chicago Blackhawks.