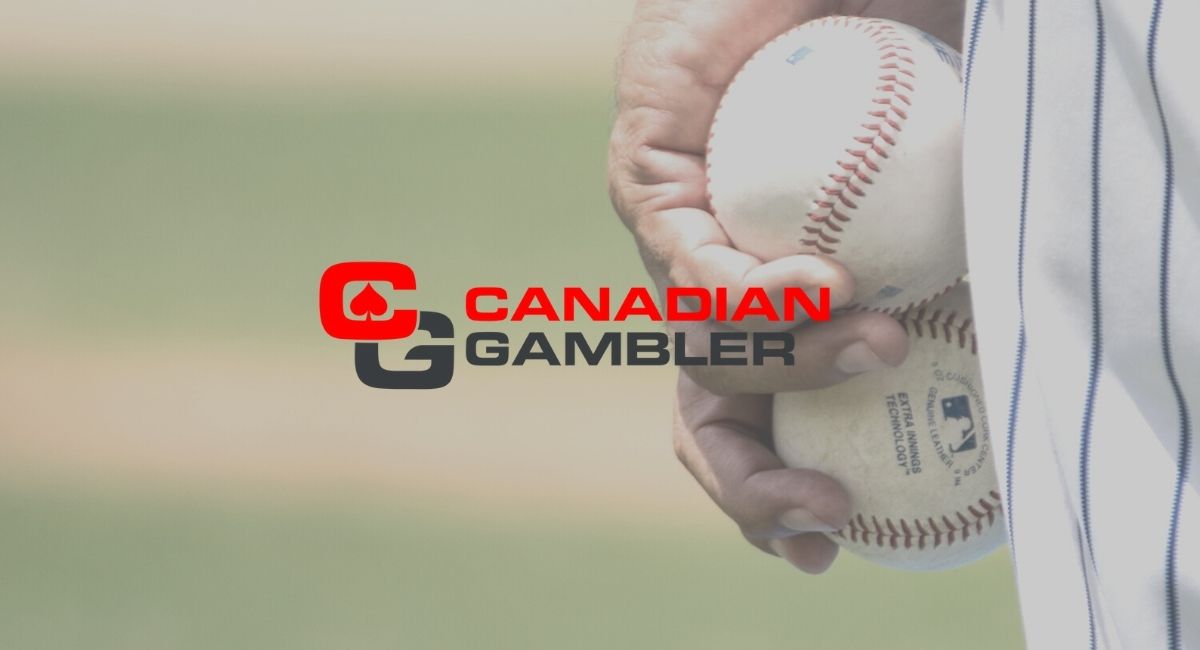 Over/under betting, or otherwise known as totals bet, is one of the simplest betting types, which makes it attractive for beginners. However, as simple as it might seem, there are different strategies you can implement to be more successful in your over/under bets.

Don’t let the simplicity of the bet fool you, though. Even though you don’t bet on the result of the game itself, you still need to do detailed research and see how the teams or players have been performing. The over/under bet is completely independent of the outcome of the game, but if you know, per se, that the Golden State Warriors have the best offense in the league, and they’re playing against a team with a weaker defense, you can expect both teams to score a lot of points. So, you would think that you should definitely bet over. But is it always the case?

What is Over/Under Betting and How Does It Work?

Numerous sports markets, including soccer (football), rugby, American football, and a slew of other ball-focused events provide this intriguing and straightforward wagering option.

When it comes to betting, the over/under goals bet is basic and straightforward. Beginner sports bettors who want to make a single wager on the total points scored in a match may find this to be a great alternative.

This kind of wager is simple to grasp and may be found in hundreds of different events that take the number of points scored into account. You only need to guess whether the final score (the total) will be above or below a predetermined line set by the bookmaker before play starts.

Betting on the number of birdies or eagles that will be made on any given hole is an interesting over/under golf betting type. Betting how many fouls, yellow cards, or penalties there will be in a game is another popular over/under betting type in other sports.

The Pros and Cons of Making Over/Under Bets

Each type of betting option has its pros and cons – and so has over/under betting:

Now that you have got yourself familiar with the pros and cons of a totals bet, we will show you how you can calculate your payouts from over/under or totals betting.

How to Calculate Payouts From Over/Under or Totals Betting

It doesn’t matter whose side of the bet you’re on when it comes to wagering on total bets. They are paid according to the sportsbook’s stated payout odds, which are usually -110. Let’s take the game between the Dallas Mavericks vs Detroit Pistons (165.5), for instance.

If you put CA$100 on under, and the total score was under 165.5, your payout would be the same amount that you wagered.

High-scoring games include basketball, college football, and NFL football. These sports commonly have double-digit scores. If you make a totals bet on one of these sports, you’ll probably be paid out at the same rate no matter what game it is or which side of the bet you pick.

The sportsbook will most likely not show the payoff odds since they want you to imagine it’s -110. If they modify it, they will post it.

Low-scoring games include soccer (football), baseball, and hockey. These games’ total scores are usually in the single digits. As you may guess, moving the lines in a game with just a few goals or runs is difficult without making significant changes. In a soccer game, changing the totals by half a goal causes a massive change in play.

It’s more common for sportsbooks to adjust payout amounts on either side while keeping the totals line the same. On the football over/under is often +2.5, and they’re always in half points. If they expect a high-scoring game, they may change the rewards to:

How To Handicap Your Over/Under Bet

To handicap your over/under bet, you need to choose which team will score a certain number of points. The odds for a handicap over the totals provided by the sportsbooks.

There is a lot of room to get the best odds for your favourite bets by comparing lines from different sportsbooks. As a general rule, all bookmakers publish lines depending on where they expect the money will come in – 50% along each side. Yet there is more in the story.

The best odds aren’t available for every game. That’s where line shopping comes in.

As soon as the game gets underway, the best odds displayed may no longer be valid or may have changed. Due to how much money is deposited on either side, odds will fluctuate.

Bookmakers can decrease their own risk and assure a return by keeping the number of funds on each side approximately 50 percent. The sportsbook may gain a lot more, but could also result in a loss when the line is significantly imbalanced. Sportsbooks try to balance the odds by making one team more advantageous than the other in the hopes of attracting more customers.

Bettor choices may seem to gain little from line shopping – which is essentially searching for the best odds at different sportsbooks before they place their wager. All professional sports bettors place their bets to make the most money when they win and the least amount of money when they lose.

Parlays combine many wagers into a single wager to increase the potential winnings. However, all of the picks must win for the top prize to be paid out.

The more games you include in your parlay, the higher the payout you’ll get from the sportsbook since winning becomes more improbable as the number of teams increases.

Bettors need to simply choose their desired games, wager, and hope that all of their picks win.

Recreational gamblers always favour the overs when wagering on totals. High-scoring games with many runs scored are just more enjoyable to watch. People generally expect and want to see a game with more action and more points scored.

However, unders usually have greater value than overs since most sportsbooks know the public would bet overs, so they can slant lines towards the over, giving wiseguys an advantage. Even better, sabermetrics (the application of statistical analysis to baseball records) has gradually increased unders over the last four years, while pitchers are striking out everyone and offence is down.

When two teams that are good (with a win percentage of 51% or higher) are playing against each other,  the game tends to go a bit slower and fewer points are scored in general. So, a good tip for over/under betting on MLB games would be betting on under when two good teams are playing.

Also, baseball games played in a stadium with a closed roof have gone under 52.7% of the time.

Make Use of a Win-Rate Chart

Let’s assume that two teams have played 40 games against each other, out of which 15 were won by the team you favour, and 25 were lost. The win-loss ratio would be 15/25 or reduced 3/5 (3:5). In a percentage format, this would be 0.6%, which means your preferred team is losing 60% of the time. If you divide the number of wins by the number of total games played, the win rate would be 15/40 which equals 37.5% chances for the team to win.

Bettors should check how many points were scored throughout the season (or a bigger time frame) to make an estimate that will help them make a decision considering the betting options.

When betting on NFL over/under lines, here are a few tips to keep in mind:

Learn about each team’s attack and defence before the NFL game has started. If one club has one of the best passing offences in the NFL while the other has a weak secondary, you can bet the offence will concede a lot.

But if an offence relies on the run and the opponent is among the league’s best run-stoppers, yards and points may be scarce.

Football is a hard sport, and injuries may sideline impact players, forcing oddsmakers to adapt. QBs usually have the largest impact on the over/under odds, followed by receivers and running backs.

Single-player injuries won’t affect the over/under statistics except for exceptional players in skill positions. Injuries to a position or unit may have a major impact on the result, such as several injuries to an offensive line or the main cornerback.

Weather conditions are indeed considered a factor in sports betting, especially in outdoor sports such as the NFL. In recent years, unders have benefited from windy circumstances.

Unders have traditionally won in hot games, which, according to The Action Network Magazine, are those when the temperature is 85 degrees or greater. They’ve gone through the following stages since 2003: 64-49-1, 56.6% win rate, 10.5% ROI. Only around 10 games out of every year fall into this category on average, therefore it’s rare.

It is common for the league to begin in late November or early December due to the fact that it is contested in the Northern Hemisphere. Temperatures may fall into the 20s or even below on occasion. At temperatures below 30 degrees, the following is how the overs have performed: 90-62-1, 59,2% win rate, 15.2% ROI. Compared to heated games, they occur more often.

Other Betting Strategies for Totals Betting

You may wager the usual line at +/-2.5 and lock up a victory. If you wish to gamble greater or lower, you may do so and be rewarded much more if you are correct.

Our tip is to predict the score before looking at any of the totals lines. Do not hesitate to place a wager on one of the more precise lines.

It all boils down to your betting approach. You’ll want to pound these other money bet lines if you like taking risks. Instead, go the safe route and get an easy victory. In sports betting, you are the boss!

Yes, over/under bets are possible in live betting, but the odds given will be changed by the sportsbook.

What happens if the over/under is exact?

An over/under that reaches the precise amount is referred to as a “push.” As a result, all wagers are returned to bettors regardless of whether they placed an Over or Under wager.

Do over/under bets include overtime?

Overtime is almost always included in Over/Under totals. There are certain sportsbooks that provide combined score totals that don’t include overtime, but they’ll make it clear that it’s a wager on regulation only.

What are the possible reasons that my totals bet was cancelled?