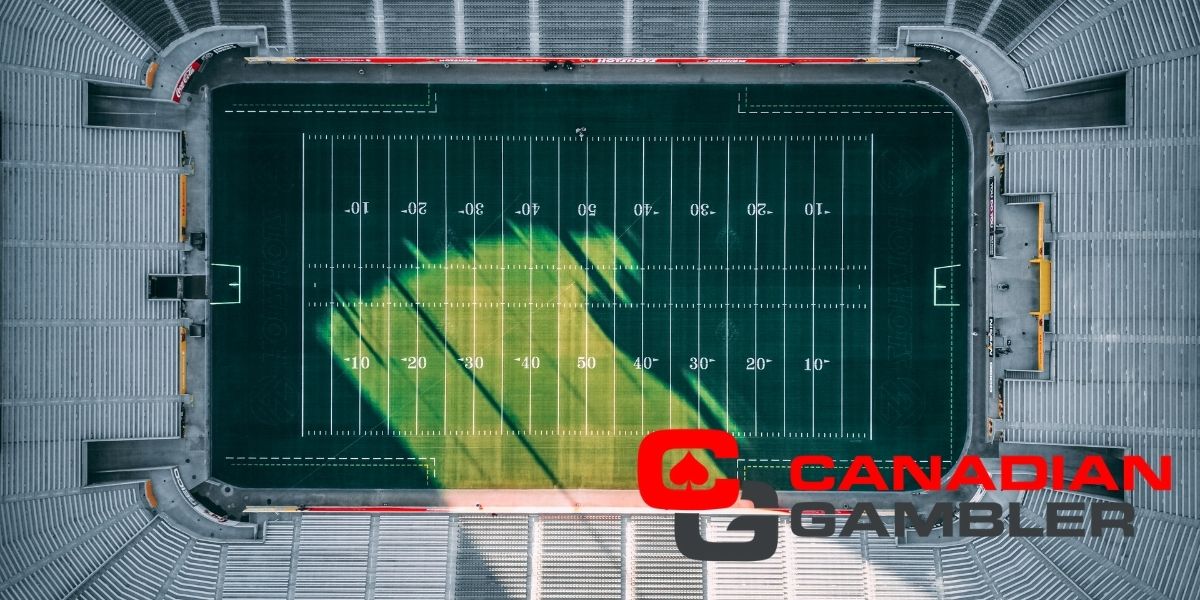 Canadian sports bettors rejoice as we’ve got some steaming hot CFL action for you!

If you’re ready to read all about the latest CFL Las Vegas odds, then you’ve come to the right place. Today, we’re breaking down the Grey Cup and everything CFL bets-related.

The 2o21 Canadian football league is nearing its end, and now it’s time to estimate the winners and the sore losers. But for that, we’ll need to go over some key points.

You’ll learn to implement a solid betting strategy, and we’ll name-drop some of the best Canadian sportsbooks with free bets as well. And for those who’ve never placed a bet before, you’ll get the hang of that, too!

If you want to develop a savvy-like betting ability, we’ll also fill you in on potential 2021 Grey Cup winners.

May the betting odds be ever in your favor!

As the 16th week is wrapping up, the Grey Cup is just around the corner. And, well, so are the CFL Vegas odds on the clubs! And with only a few games left, the sports betting industry won’t wait around any longer to release the latest CFL odds. Bettors will start placing their money on who’ll win the Grey Cup anytime now.

The Winnipeg Blue Bombers won in 2019, ending a 28-year Grey Cup drought. Since then, fans everywhere have been on their toes, anticipating the winner of the 2021 CFL championship. Some believe the Bombers will enter the scene and steal the thunder again!

However, there are also a few other teams that have made a reputation for themselves lately.

If you want to bet on one team this Grey Cup, we’d suggest placing your money on the Hamilton Tiger-Cats. The club managed to win 7 of the 13 games they’ve played so far. One can only assume the outcome of their last game against the Saskatchewan Roughriders will be positive, too. In fact, the Hamilton Tiger-Cats have the finest defensive line in the CFL. After all, they’ve got Ted Laurent and Dylan Wynn forming the top interior lineman tandem in the league.

The Calgary Stampeders don’t fall short behind, either, as they boast an exquisite panel of players, possibly as good as to lead the team to win the Grey Cup. However, their match against the Saskatchewan Roughriders, as well as the last Grey Cup winners, could cause a 180-degree turn in their standings. Only time will tell whether the Calgary Stampeders will beat these outstanding franchises and head straight for the Grey Cup.

Unfortunately, the British Columbia Lions haven’t had the best season ever with 4 wins and 9 losses. However, not all is lost, as they’re awaiting their match against the Edmonton Elks (previously known as the Edmonton Eskimos) on the 20th. It’s not sure which of these teams will win, as they’re both placed further down the score leaderboard, surpassed by the Bombers, Roughriders, and Stampeders, respectively.

We also mustn’t forget the Toronto Argonauts, a team that has so far seemingly done the impossible and snagged a win in 9 games out of 14! If they keep up the good work, we could be looking straight at the best East Division team this year.

Betting on the Canadian football league has never been more trendy, and most bookies have turned into CFL sportsbooks! Therefore, you don’t have to worry about digging deep to discover the latest CFL odds. In fact, why not discuss them now?

So, you want to bet on a Grey Cup game, and you’re wondering what your winning odds are. Well, so far, a few franchises have been leading the pack and have shown the most winning potential. In the East Division, those are the Argonauts, the Ti-cats, and the Alouettes. And in the West Division, the clubs with the best odds are the Bombers, the Roughriders, and the Stampeders.

We know, we’re sweating over this lineup, too!

If you’re determined to put your trust into this year’s CFL Grey Cup semi-finalists, let us explain to you step by step how to bet on a CFL game. Trust us; it’s no rocket science! You just need to learn the different types of odds and the most popular ways of placing bets.

The types of odds are as follows: British odds, European odds, and American odds. They are also called fractional, decimal, and moneyline odds, respectively.

We’ll now distinguish between each type and teach you to read every odds format there is.

The simplest way to bet on CFL Las Vegas odds is by placing a moneyline bet. And if you think you’ve never bet on a moneyline before, you’re wrong. The smallest wagers you make with friends can also be called moneyline bets. Why? Let us explain.

In this type of wager, you choose the winner of the game. It really is that easy.

The bookmaker draws a line between two opposing teams. One of the teams is always the top dog (-), and the other one is always the underdog (+). To better grasp the concept, let’s look at an example:

Say you’ve decided to bet on the Montreal Alouettes vs. the Winnipeg Blue Bombers. In this case, the Bombers are placed as the top dog and the Alouettes as the underdog. The moneyline looks like this:

In this case, Club 1 is an obvious favorite. In this scenario, the bookmaker says that this franchise must not lose by more than 6 points. If they do, you lose your bet.

Club 2 is the weaker of the two, and the bookie isn’t putting much faith into it. They’re essentially saying that this franchise must win by more than 6 points for you to earn your wager back plus benefits.

CFL Over / Under Odds

The over/under in sports betting is also known as a totals bet. In this case, the sportsbooks offer gamblers the chance to bet on the total number of points that both competitors will score in a game. Basically, you first calculate the betting odds. Then, according to your calculations, you decide whether the game will go over or under that number.

Futures or prop bets are pretty self-explanatory. You place a bet on something that will be happening further in the future. The oddsmakers set these betting odds depending on their own estimation of the outcome of an event. Futures bets are as exciting and versatile as it’s going to get.

For example, you can wager against the odds of the Ottawa Redblacks winning, or you can bet that a specific player will score the most points in-game. There are virtually no limits to these bets.

Futures also include betting on the Oscars and other trivial matters, making them all the more fun! They’re also recommended for beginners, as they’re present merely for our entertainment.

If you want to place a CFL bet in the form of a betting line, here’s how that works. Say you’re wagering on this spread:

The plus sign and minus sign denote the top dog and the underdog, respectively. If you bet on the Lions, you’re gambling that they will cover the spread by winning by at least 6 points. And if you place your stake on the Redblacks, you’re guessing that they’ll lose by 6 points or more.

The moneyline and the total are technically betting lines as well!

Before jumping on the bandwagon and placing a moneyline bet, let us walk you through a simple CFL game betting strategy. This is for those who’ve never placed a bet before, but also those that want to learn how to wager more responsibly.

The best way for Canadian bettors to take advantage of a moneyline or point spread is by searching for the top sportsbooks. Each bookie brings something different to the table. Some sportsbooks focus on eSports, while others offer odds on all the most popular sports tournaments, such as the CFL.

Most bookies update their odds on a weekly basis. However, the best sportsbooks work way faster and have the latest news whenever anything changes during a tournament. Furthermore, the best-rated sportsbooks offer every type of bets, such as the American format and the decimal format.

How To Read The CFL Futures Odds Market

To learn how to read odds, one must be familiar with how they work. And that’s why we went over the types of bets you can place first! If you follow our explanation for each type of bet, you’ll also learn how to read its winning odds.

Essentially, reading the odds means you understand how the numbers next to the team’s name can be turned into profit. For example, we now know that a +100 wager means you’ll earn $10 on top of your initial $10 wager if the team wins. That is odds reading.

There are so many Canadian online bookies; it can be difficult just to choose one from the bunch. However, Canada abounds with many trustworthy and reliable sports bookmakers. For example, Sports Interaction is as Canadian as they come! This bookie offers the latest odds to win, as well as a live sports betting option. For first-time players, there are valuable welcome bonuses comprising deposit matches and free bets on its sports.

Besides Sports Interaction, we can name a number of other great Canadian bookies as well. Bodog, Betway, and Betsafet are just as fantastic, and you should definitely give them a shot.

How many teams play in the CFL?

The league is made up of nine franchises, each of which is based in a different Canadian city. They are split into two divisions. The East Division has four clubs, and the West Division has five.

Which is the most successful team in the CFL?

According to the number of fans betting on the club, the Winnipeg Blue Bombers are undoubtedly the most successful team in the CFL.