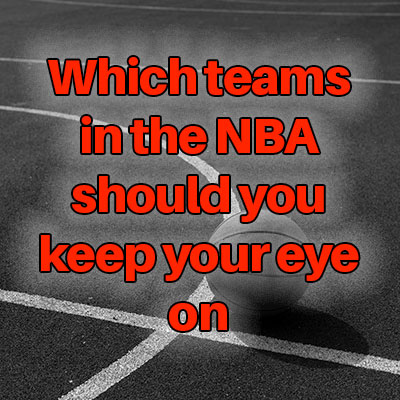 The 2021/2022 NBA season compromises 30 teams, with each team playing 82 regular-season games. The regular season duration is from 19th October 2021 to 10th April 2022. The play-in tournament will run from April 12-15. After that, the playoffs commence from 16th April till 30th May. The NBA Finals are scheduled for June 2022. The playoffs consist of a 16 team full bracket under a best of seven-game format.

The NBA season is fast approaching the business end, and for most teams, a playoff spot is an objective. With just over two weeks of the regular season remaining, some teams are already out of playoff contention. Still, for others, every game remaining presents an opportunity to reach the playoffs. During this period of the season, NBA betting represents an opportunity to make steady returns on a wide range of games in a short period.

The Milwaukee Bucks are the reigning NBA champions, having beat the Phoenix Suns in the 2021 NBA finale. The Bucks currently lead the Eastern Conference Central division with a .622 point percentage and a 46-28 record from 74 games. The Bucks will hope to cement their playoff position with eight games to go. Star players for the Bucks have been forwards Giannis Antetokounmpo and Khris Middleton. Giannis Antetokounmpo leads the scoring statistics for the team with 29.7 points per game, with Khris Middleton next in line with 20.3 points per game.

With 10 wins from the last 13 games, the Bucks are on form and have built a competitive squad. The latest NBA betting odds at PlayNow price the Bucks at +750 to win the 2021/2022 NBA season. A $100 wager will return $750 should the Milwaukee Bucks defend their NBA crown.

The Utah Jazz has continued their dominance of the Northwest division, having won the division last season. The Jazz currently leads the Western Conference Northwest division with a .600 point percentage and a 45-30 record from 75 games. With seven regular-season games left, the Jazz is on track to reach the playoffs. Donovan Mitchell leads the team with 26.1 points per game. Over the last seven games, the Jazz is on a run of 3-4. Worryingly, the Jazz has lost the last four games but will hope to turn things around and get back to winning form over the next two weeks.

The latest NBA betting odds at Power Play have the Utah Jazz at +1900 to win the 2021/2022 NBA season. A $100 wager will return $1900 should the Jazz win their first NBA Championship this season. This represents excellent value, and with a bit of luck in the playoffs, the Jazz can provide an upset.

Our final pick to keep your eye on is the Suns

The Phoenix Suns have dominated the regular season and have amassed an astonishing .813 point percentage with 61 wins and 14 losses from 75 games played. The dominance of the Suns means the team will have a home-court advantage throughout the playoffs. Devin Booker leads the teams with 26.3 points per game. Since the turn of the year, the Suns have an impressive record of 34-6 and have won their last eight games. The Suns have never won the NBA title, and the closest the team has come to a Championship has been three runners up finishes. However, with a star-studded roster of Devin Booker, Deandre Ayton, and Chris Paul, the Suns will hope that this season brings a coveted NBA title.

The latest NBA betting odds at Unibet price the Phoenix Suns at +300 favourites to win the 2021/2022 NBA season. A $100 wager will return $300 should the Suns continue their dominant season into the playoffs and win the NBA Championship.

The 2021/2022 season has been a rollercoaster for the Brooklyn Nets. The Nets are currently in 9th position in the Eastern Conference with a .520 point percentage and a 39-36 record from 75 games. The Nets, at one stage of the season, were competing for division winners and a spot in the playoffs. However, a disastrous 2022 has seen the team now fighting to secure a play-in tournament spot for the playoffs. Since the New Year, the Nets record stands at 16-26, including a shocking run of 11 consecutive losses in January – February. A mixture of injuries and covid was the main reason for that poor run. Key players for the Nets are Kevin Durant and Kyrie Irving. Kevin Durant leads the scoring statistics for the team with 29.5 points per game, with Kyrie Irving next in line with 27.7 points per game. The Nets have been boosted by the news that Kyrie Irving is allowed to play away games for the remainder of the season.

The latest NBA betting odds at Betway price the Brooklyn Nets at +620 to win the NBA title, and a $100 wager will return $620 should the Nets win the 2021/2022 NBA Championship. With the successful duo of Kevin Durant and Kyrie Irving returning, the Nets could surprise all and win the season.

The Milwaukee Bucks are defending NBA champions and are on track to make the playoffs. They are building momentum at the right time to challenge for a playoff spot and defend their NBA title.

The Utah Jazz has a solid season and represents excellent value to win the NBA Championship. At +1900 odds, a small wager should be had on the team.

This season, the Phoenix Suns are worthy favourites and have dominated the regular season. Suns fans hope the team has not peaked early and can continue their impressive season during the playoffs.

The Brooklyn Nets have had a tough 2022, but the team will aim to finish strong and reach the playoffs with seven games left in the season.

How often do the odds update on NBA games?

During both the pre and postseason, odds will update whenever important news about a team surfaces. Typical examples include; should team trade players, or coaching changes and injuries to the squad. While the season is on, odds will update weekly before and after each game and during live betting.

Where can I find out more about NBA betting?

Canadian Gambler is a popular website with all the latest information on NBA betting in Canada. Canadian Gambler has the latest reviews on sportsbooks for sports betting and casinos, different types of bets available on the NBA, and the rules for beginners to understand.

What types of bets can I place on the NBA?

Which teams can I place bets on?

Pros and Cons of betting on the NBA