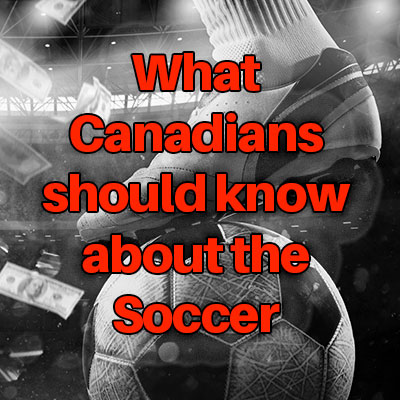 The 2022 Soccer World Cup takes place in Qatar in November. The Soccer World Cup is the highlight of a player’s career and is considered the biggest prize in soccer. Most Canadian sportsbooks will offer soccer betting markets, and the Fifa World Cup betting promises to be competitive, with many teams having realistic chances to lift the trophy.

Lead up to the Soccer World Cup

For Canadian soccer fans, the World Cup’s lead-up has proved exciting. Canada is on course to qualify for the 2022 Soccer World Cup for the second time in the nation’s history. Canada’s only previous World Cup appearance came back in 1986. The next instalment of the World Cup takes place in USA, Mexico and Canada in 2026. An appearance at the 2022 World Cup will give Canadian fans hope that the country can become a force in soccer.

Soccer World Cups are usually held in June and July; however, due to the tournament being in Qatar, the tournament will take place in November and December due to the weather. This decision has resulted in European Leagues adjusting their 2022/2023 soccer calendars. The lead up to this tournament has been filled with controversy and outrage at host nation Qatar. However, the Soccer World Cup will take place in the country at the end of the year.

Types of betting available for the Soccer World Cup

Three-way money line betting is considered the most straightforward bet to make. This type of bet requires a wager on which country will win a match. There are three possible outcomes, Team A to win, Team B to win or a draw.

Both teams to score is a type of bet that requires a bettor to predict whether both teams in a match will score a goal.

Totals goals betting is known as Overs/Unders betting. The higher the goal line, the more likely the match will be high scoring.

Live betting is a type of bet when wagers are made once a game has started. The odds on live betting are constantly fluctuating and changing. An advantage of live betting is assessing a team’s performance while playing and determining whether or not a bet should be made.

Futures/Outright betting are considered long term bets. These bets can be taken before or during the World Cup. World Cup Champions, group winners and the Golden boot winner are future betting markets available for the Soccer World Cup.

The current favourites to win the World Cup

The latest tournament odds have Brazil at +550 favourites. A $100 wager will return $550 should the most successful country in the history of the Soccer World Cup pick up their sixth title. Betting odds for the World Cup only include teams that have qualified for the tournament; more outright odds will be available when all 32 teams are determined.

The remaining 17 countries will be determined once the last round of qualifications occurs in the next few months. The final 2022 Soccer World Cup Group stage draw takes place on 1st April 2022. All 32 teams will be split into eight groups of four teams each at this draw. The top two teams from each group will go through to the knockout stages of the World Cup.

The knockout stages of the World Cup will be single elimination matches. Extra time and penalties will be played should a match end in a draw. There are four knockout rounds at the World Cup; the round of 16, quarter-finals, semi-finals and the final. The final will be played on 18th December.

The 2022 Soccer World Cup is possibly the last World Cup for soccer and global superstars Lionel Messi and Cristiano Ronaldo. Both will have ambitions of finally winning their first World Cups with their countries.

When does the Soccer World Cup take place?

The 2022 Soccer World Cup takes place in Qatar in November and December.

Where can I find sportsbooks that offer Soccer betting?

What types of bets can I place on the Soccer World Cup?

📝Pros and Cons of betting on the Soccer World Cup