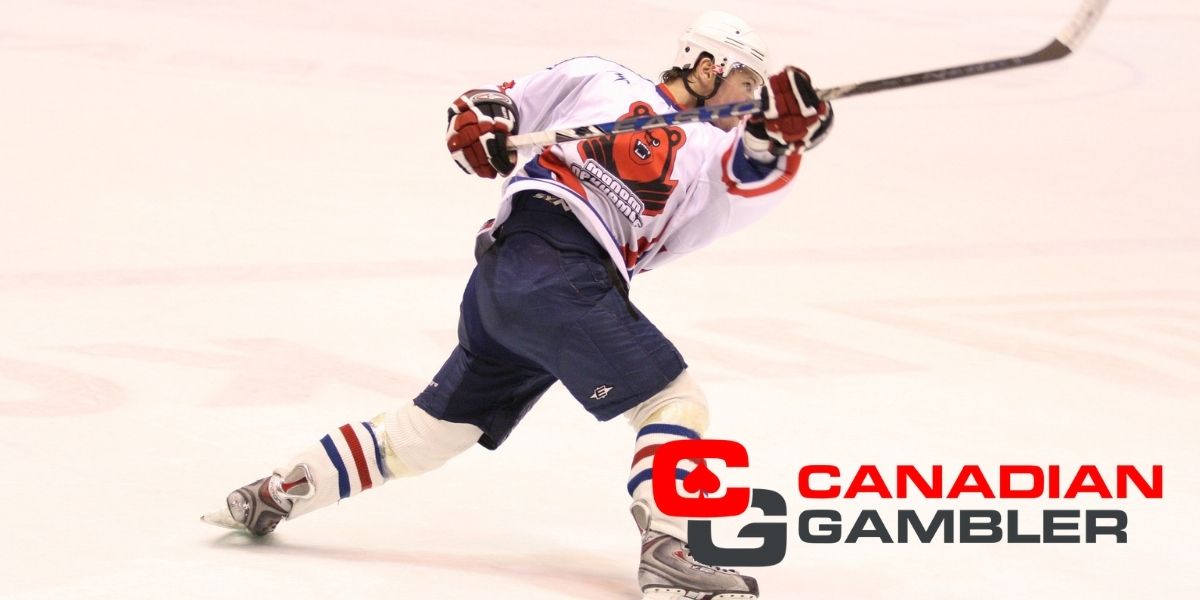 If you’ve wondered what’s the most Canadian thing to bet on – NHL Calder Memorial Trophy might be the one. When the time comes, betting on the NHL rookies is quite the spectacle and the bettors are surely turning in for the exclusive betting news. For those unfamiliar, the Calder Memorial Trophy is an annual honor presented to the most proficient player in his first year of participation in the National Hockey League (NHL). The award was named after F. Calder, the first NHL president.

What makes the Calder Memorial Trophy betting exciting to hockey fans is the fact that the betting odds are centered around the newest elite players from the regular season. Yet another thing that encourages Canadian bettors is that searching for the NHL betting odds is not demanding at all – every high-end sportsbook will provide you with NHL Calder Trophy odds.

A successful Calder Trophy betting involves a few tricks and tips – and we are about to lay them out for you.

There is not much mystery when it comes to the odds for the NHL Rookie Award – the wagers are simple to understand given that there is only one market: outright winners. And even though there are certain bookmakers that might allow you to place a bet on unique odds, this practice isn’t typical when it comes to the Calder Trophy Winner Award. Therefore, if you’re looking forward to finding the Calder Trophy odds, all you need to do is head to a major oddsmaker site and check out the trophy odds.

However, you should be aware that the odds are subject to change, and following the evolving Calder Trophy odds at sportsbook betting sites throughout the entire season will help you see which of the first-year performances will stand the greatest chance to be the rookie in the current NHL season. Moreover, the Calder Trophy voting is performed by the members of the Professional Hockey Writers Association at the end of each regular season, hence you’ll be able to place bets on your favored NHL rookie right up to the season finale. Whether you decide to place your bets before the season begins, or right before it ends, it is completely up to you. Each decision comes with its own pros and cons, and you should not forget to weigh them before you decide to place your stake.

Naturally, before placing any wagers on NHL odds, you should be able to understand how to read the odds and calculate your possible winnings. There are different ways to get your odds delivered, and it might come in handy if you’re familiar with them all – just in case you cannot get to transform them from one form into the other.

More times than not, the average odds are presented in the American odds style. The American odds are generally expressed as a positive or negative four-digit figure, although sometimes it can be a three-digit figure too, such as -200 or +3000. The negative indicates a greater likelihood of victory, while the positive indicates a lower likelihood of winning. Hence, the greater the number on each side, the better or worse the team’s chances of winning. Nevertheless, if you were to calculate your possible winnings, you’d need to convert your American average odds to decimal. You could do that by dividing the American odds by 100 and then adding 1 for the positive odds. On the other hand, to convert the negative odds, you should calculate 100 over the negative odds and then subtract the result from 1.

The decimal NHL betting odds are the most popular format in Europe, and as you’d expect, they are given in decimals. The higher the coefficient, the lower the chances of that player winning. Moreover, calculating potential winnings is as simple as it can be: you take the odds, you multiply that by your wager, and then you subtract your wager. Furthermore, there are fractional NHL betting odds too – and if you’re looking at a number such as 9/1, that means the team you’re looking at has a nine to one chance of winning. Therefore, calculating how much you could win on fractional odds is even simpler. Take 9/1 for instance, for every dollar wagered, you will win CA$9. That being said, if your stake is CA$5, you’ll win CA$45.

How To Bet On The NHL Rookie Of The Year

Before we begin, we’d like to let you know that even if you can’t see your best guess for the rookie of the year just yet at the betting sites  – you shouldn’t get discouraged. It won’t be a surprise if the Calder Trophy Winner is an NHL rookie that didn’t even have published odds to win till mid-season.

Your best chance for successful betting on the Calder Trophy winner is to know as much as possible for the current season, to regularly follow the games, and to keep yourself up to date on the NHL draft picks. Moreover, following the latest betting news will surely be beneficial, and knowing the NHL futures is what will get things going for you. And if you’d like to know the NHL history inside out, you might want to get started with the team that produced the most produced Calder Trophy winners – Montreal  Canadiens. By following the odds, you’ll be able to witness average odds shortening multiple times – as the games progress the average odds of the rookie seasons keeps changing too.

Initially, you might think that laying odds on the favorite is by all means playing safe, and we’re sorry to break it to you – but it is not. And if the season has just begun, wagering on the odds on favorite is just as random as placing stakes on the only name you know from the Calder Trophy Race. However, placing bets on the NHL Futures is much more favorable than placing stakes right before the postseason begins – and if you’ve ever placed any sports bets before, you are probably familiar with how the odds work. Nevertheless, even if this is your first-ever sports betting experience, you should be able to get along quite easily. Either way, we are going to provide you with a few tips for a better betting strategy, specifically for the Rookie of the Year Award.

Trends for the NHL Rookie of the Year

Having an insight on which players are more likely to win by following the news might sound obvious, but some bettors are inclined to ignore the trends. The most talked-about rookies will most probably be the best rookie scorers. Nevertheless, you should be prepared for some surprises too, as you’re betting on rookies, right. Moreover, winning the Calder Memory Trophy hardly ever goes hand in hand with other championships, therefore the Frank Calder trophy wouldn’t necessarily go to the Stanley Cup winning team or the Hart Memorial Trophy winner either. It’s not that it hasn’t happened before, but we’re simply pointing out that you shouldn’t rely on such predictions too hard.

Checking the Calder Trophy Odds at your favorite online bookmaker might sound great, and you should go for it – but you should also make sure to check other sportsbooks too. For instance, the odds for Minnesota Wild’s Kirill Kaprizov in 2021, were all different at different gambling sites. And if you’ve chosen the one offering the best odds, you’d maximize your winnings. The year odds are published prior to the beginning of the season. However, year odds are a subject of change, and you might want to keep a close eye on them throughout the entire season. Naturally, you should follow the online gambling regulations of each gambling site you visit, as we definitely don’t endorse illegal online gambling activities.

Betting at Calder contenders comes with a lot of excitement precisely because you’re placing stakes on the player’s rookie season. That being said, while the player’s professional playing career might look bright, the players we’re talking about are just starting their NHL careers, therefore, mistakes are bound to happen. And you should keep in mind that even if a player was the top scorer in their university hockey league, it might take them a few seasons before they get to be even NHL’s second-leading scorer. Therefore, if you happen to have followed your player in their early days and they were your best shot, you shouldn’t get surprised if they don’t shine in their rookie season.

The Calder Trophy is just one of the important NHL trophies that are being granted every season. Therefore, as the ice hockey season kicks in, Canadians are in for a treat at most sportsbooks. Bettors should not overlook the free bets promos, as most online betting pages will offer you free bets upon your registering. You can then use your free bet to wager on the Calder Memorial Trophy winner, the Stanley Cup championships, or anything in between.

The First Calder Memorial Trophy was awarded in the 1936/37 NHL season. Ever since a yearly award is granted to the most valuable rookie. For instance, Toronto Maple Leafs won the 2017 Calder Award as Auston Matthews was chosen to be the most proficient player. Following is the list of the latest winners:

Who Is Going To Be The Next Calder Trophy Winner?

The 2021-22 NHL season will begin on October 12, 2021. The greatest news is, by checking the legal online sports betting websites, you can already find available year odds for the preseason wagering, which includes events such as the Hart Trophy, Art Ross Trophy, and the Calder Awards. By following the NHL betting strategy, you might be the one that will have the right prediction for the next rookie star.

Is it legal to bet on the NHL Rookie of the year award in Canada?

Yes, it is! Online betting on sports is legal in Canada, therefore betting on the NHL Rookie of the year award is perfectly legal as well! However, you should make sure to find a licensed bookmaker before you decide to place any wagers.

Which is the best sportsbook for Best Rookie betting?

BetWay is one of the most famous sportsbooks for rookie betting in Canada. Nevertheless, the best sportsbook for Best Rookie betting is the one that offers you the best odds for the player you intend to place your stakes on. Therefore, you should make sure to go over more gambling sites to find the best year odds.

How is the Calder Trophy decided?

The voting is done by members of the Professional Hockey Writers’ Association at the end of the NHL season, and each voter selects their top five nominees on a 10–7–5–3–1 point system. After the playoffs, three finalists are announced, and the trophy is presented during the NHL Awards event.

Can you win Rookie of the Year twice?

You cannot win the Rookie of the Year award twice, given that you won’t be considered a rookie twice.

When is the Rookie of the Year announced?

The Rookie of the Year is announced at the NHL Awards ceremony after the playoffs.

How many games do you need to qualify for Calder Trophy?

When was the first Calder Trophy awarded?

The first Trophy was awarded in the 1936/37 NHL season, even though Rookie of the Year honors used to be given to players starting from the 1932-33 season.

Why is the NHL Rookie of the Year trophy called the Calder Trophy?

The NHL Rookie of the Year Trophy was given its name in honor of Frank Calder, the first NHL president.

Has a rookie ever won the Calder and Hart Trophies?

Has a goalie ever won the Calder Trophy?