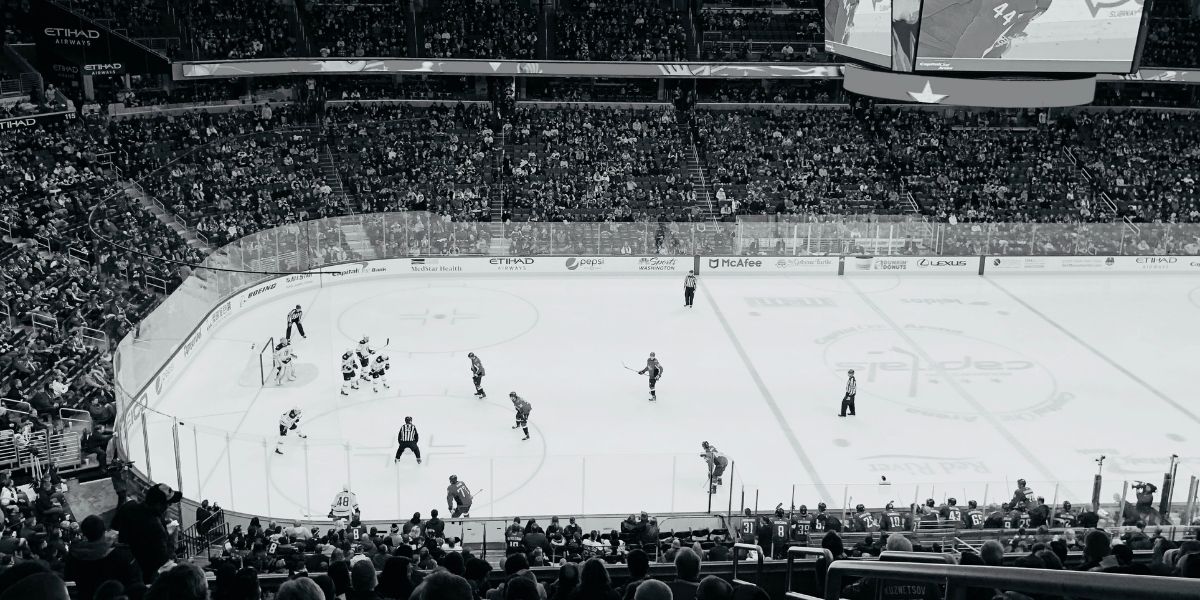 If you’ve landed here while looking for the IIHF World Championship betting odds for 2021 – you’ve come to the right place. We are about to present you with not only the betting odds but a throughout guide on everything you should know about the IIHF Championship before you decide to place your stakes.

Betting on the world ice hockey champion requires certain skills – the frequent bettors are already aware of the drill. However, besides general knowledge of the sport itself, placing online stakes also requires good research. And that’s where we’ve stepped in – our team has done the research for you! Keep on reading to find out which are the most reliable online World Ice Hockey Championship gambling sites and place your odds at the site that suits you the best!

Guide for the IIHF World Championships

The Ice Hockey World Tournament is a yearly men’s ice hockey competition that takes place around the world. It is the most well-known tournament of its sort, besides the NHL Stanley Cup.

The International Ice Hockey Federation (IIHF) is the organization that stands behind the tournament, with its main headquarters located in Zurich, Switzerland.

The international hockey association was established in 1908 and it has kept the IIHF global rankings and run hockey events on yearly basis ever since. However, it wasn’t until the 1920 Summer Olympics that the first widely renowned Ice Hockey World Championships were organized. As a result of this, until 1968, the winner of each year’s Olympic hockey tournament was regarded as the gold medal game in the sport.

Moreover, the tournament was played by amateurs, up until 1997 where the newest regulation allowed professional players to participate as well.

Today, players can compete for the nation they have citizenship from, or they can choose to transfer to another country’s team, given that they have played there for at least two successive hockey tournaments and for 16 months in a row.

The current IIHF WC format features 16 teams split into two preliminary round groups, while the seeding is determined by the IIHF world rankings. The eight preliminary round winners compete in the playoffs medal round, with the winner proclaimed a world champion.

During the IIHF World Tournament, a broad selection of interesting and engaging activities are taking place. Anyone lucky enough to attend these events will have a fantastic experience. Even yet, the occurrence isn’t typically described as unpredictable.

Whether it’s the IIHF World Championship or the World Cup of Hockey’s sibling event, the so-called “Big Six” of hockey have dominated in recent years. If you’ve ever watched an ice hockey game or two, you can most likely name the first big-name, and you’d be right – Canada’s team is most often found at the top of the table. Their biggest rivals are the USA, Russia, Sweden, Finland, and the Czech Republic teams.

Nevertheless, we are all aware that there’s much more a better should know before placing a stake rather than simply knowing which teams are the likely tournament winners. There are plenty of bets that you can make while the tournament is taking place, and you can do so even before it begins. However, in order to do that, you should be familiar with the types of odds you can place – and we’re about to explain them all.

The point spread is a number set by the sportsbook makers that stands for the advantage or the disadvantage of the team to win or to be defeated. The team that is more likely to win is given a negative point spread, meaning that they’d have to win the match by the given points. On the other hand, the team that is more likely to lose the game is given a positive point spread. Therefore, even if they lose within the given point spread, your bet would still be considered victorious. For instance, if Canada is starting with -1.5, while the USA has a point spread of +1.5, it means that Canada has to win with more than 2 points for you to win the bet. On the other hand, betting on the USA would mean that you’re placing your wagers on the USA winning or not losing the game for more than 1.5 points.

Once the oddsmaker sets a number that predicts the total number of points scored by both teams, you can choose which one of the two teams will go over or under the total. That being said, the over/under betting allows you to place a bet on whether the total will be higher or lower than the predetermined amount.

You can also place your wagers on the winner of the entire tournament, rather than placing bets on single games. If you were to place your stake on Canada for the last year’s tournament – you’d have predicted the winner correctly, as Canada won their 27th title, by defeating Finland in the final. In fact, the only other country that has as many titles as Canada is Russia.

The Best Place to Bet on the 2022 IIHF World Championship

The odds for the 2022 IIHF World Championship can be found on most sports betting sites, however, looking for the most trustworthy betting sites available might not be the easting thing you’d have to do – hence why we’ve done it for you.

The best places to place bets on the 2022 IIHF World Championship are:

Nevertheless, even if you have found the odds you were looking for at another betting website – you can place your wagers there too. However, you should not forget to check whether the casino is licensed and properly regulated. Moreover, most betting sites have country restrictions too, which is yet another thing you should take into consideration when looking for the best betting house. The payment options, the withdrawal processing times, and the available bonuses are just as important!

In order to be able to determine the most likely winner of the IIHF World Championship – you’d need to understand the schematics of the tournament itself. In fact, no matter is it the IIHF WC, the Stanley Cup or any other tournament – you should always understand how the tournament is progressing through its stages before placing any wagers.

That being said, the IIHF WC has 16 teams divided into two groups for the Preliminary Round player in a round-robin. Throughout the group stage, there are four games per day across the groups, and only the top four ranked teams of each group head to the quarterfinals.

Naturally, the winners of the quarter games head to the semifinals, whereas the winning teams of the two games in the semi-final proceed to the final, while the teams that lost the semi-final games play for bronze.

Even though the 2021 IIHF WC winner is already known, you can start thinking of placing odds on the upcoming tournaments, such as the 2022 IIHF WC in Finland, 2023 IIHF WC in Russia, 2024 IIHF WC in the Czech Republic, or even the one scheduled for 2025 that is going to take place in Sweden and Denmark.

Knowing the game schematics and having the schedule of the tournament is surely something that any experienced bettor would like to obtain on time. The earlier you get to place your bet, the bigger the chances for you to win big, given that the odds might not be as accurate as they’ll be during the tournament.

However, if you’re new to the online sports betting world, you might not be familiar with all its perks. What if we were to tell you that you can place extra bets if you were to sign up at the right betting hub?

Registering at a sportsbook that will allow you to place extra bets as a bonus deal is one of the greatest advantages you can get as a bettor! And if you use the extra bets wisely – you will be able to win no matter what!

Obtaining any other bonus might turn out to be just as beneficial, therefore, before signing up at an online gambling hub you should definitely go through the bonus section!