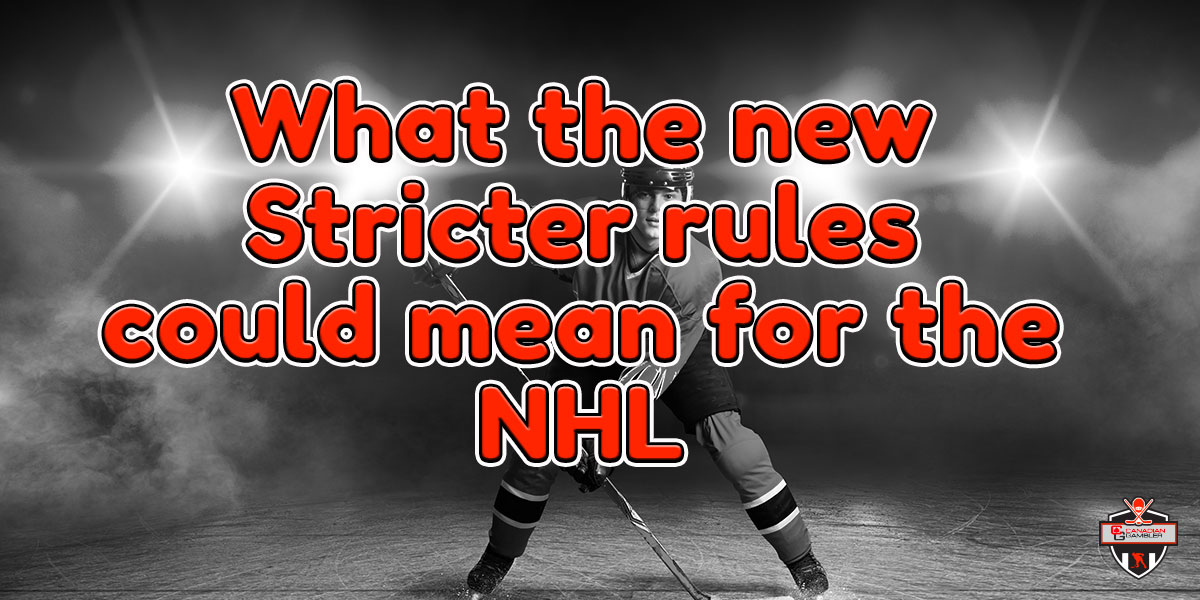 With the emergence of the Omricon variant of the coronavirus in the US, the centers for Disease Control and Prevention (CDC) announced new isolation guidelines for Covid-19 cases. A few days after Christmas, the CDC announced that its recommended isolation period had been cut in half from ten to five days for infected individuals. Asymptomatic individuals who, after five days, still show no symptoms are allowed to go back to their daily routines but need to continue wearing a mask for five additional days. Individuals who still show signs of symptoms after five days will need to continue to isolate until all symptoms are gone and then will begin their five additional days of wearing a mask at all times.

In response to the CDC adjusted guidelines, the NHL had to reassess their protocols. The NHL announced a league-wide protocol that went into effect on 29 December 2021. The new protocols follow the guidelines of the CDC, but a significant problem has been the difference in the strictness of covid protocols in both the US and Canada. Canada, unlike the US, continued with their ten-day isolation period and did not drop down to five day isolation periods. Sports betting and, in particular, NHL betting had a period of limbo and uncertainty in addressing these new protocols; due to the NHL compromising teams from both countries, the NHL had a delicate tightrope to walk to appease both countries.

New Covid Rules could have a major impact on the NHL

As previously mentioned, the NHL issued new league-wide covid guidelines according to the CDC guidelines. Players who are fully vaccinated and show no symptoms after five days could reunite with their teammates, participate in training, and compete in games. Coaches and fully vaccinated NHL staff followed the same criteria. However, the Canadian government still has strict covid protocols in place, and these new NHL covid guidelines did not apply to their country and home games. All Canadian citizens, including NHL staff and players from the seven Canadian teams, have to isolate for ten days from getting a positive covid result.

These new regulations have brought on additional uncertainty for individuals who partake in hockey betting and NHL betting. Lack of fan attendance at games and the increasing amount of postponed games are just the tip of the iceberg of issues facing sports betting in Canada.

Attendance of Games will be limited impacting income

For sports leagues worldwide, a key factor to survival is income generated from ticket sales. In the NHL, a team on average brings in $1.7 million in revenue per game with attendances around 17000. With the emergence of coronavirus, the NHL has been faced with limited attendance at games for the past two seasons. According to statistics published on the NHL revenue for the 2020/2021 season, the NHL missed out on approximately $3.6 billion in revenue. With Canada’s strict covid rules issued in December 2021, Canadian NHL teams have not had full capacity stadiums, and the financial implications have been devastating on teams. Home ground advantage plays a significant factor in sport, and with a limited amount of home fans at games, many individuals may be hesitant to wager on NHL betting.

Players May be excluded from the squad suddenly

NHL staff are tested weekly and before upcoming games. Suppose any player’s tests come back as positive. In that case, they are forced to go into isolation immediately and are unavailable for upcoming games until they return a negative test after their isolation period.

In response to the possibility of teams being unable to have a fully fit squad, the NHL announced in late December 2021 that “Taxi Squads” will be allowed to form. Each team has been allowed to call up six players to form a taxi squad. These taxi squads are in effect until February 2022 at the earliest.

NHL betting and, in particular, player prop markets have been severely hampered by the sudden unavailability of players for games. Player prop markets have become scarce, and most Canadian sportsbooks open lines just a few hours before a game can commence. This results from teams updating their covid protocol list continuously by adding and removing players from this list.

Due to the emergence of the new variant and the increase of positive tests, the NHL had decided not to allow any NHL players to participate in the Winter Olympics. As a result, Olympics betting has suffered a lack of star power at the games.

Games could be cancelled at short notice

With a surge of positive covid cases of the Omricon variant in December 2021, the NHL postponed games at short notice. If teams cannot fill a matchday squad, they notify the NHL and decide whether to postpone upcoming games.

Summary of Stricter new rules for the NHL

The CDC announced in December 2021 that isolation periods in the US had been cut from ten days to five days. Individuals who have tested positive but have no symptoms would have to isolate for five days and then, should they have no symptoms, be allowed to continue their daily routines, provided they wear a mask for the next five days. Individuals who still show symptoms after five days would need to be further isolated until all symptoms have passed, and then only can they begin their daily routines while still wearing a mask for five additional days.

In response to the CDC updated covid guidelines, the NHL issued a new covid protocol that covers the entire league. Players and support staff no longer had to isolate for ten days after a positive test. After five days, they can resume playing activities if they provide a negative covid test or show no signs of symptoms.

However, the NHL also announced that all players and staff would still need to follow the Canadian government guidelines on isolation and testing for Canadian teams and staff. This resulted in Canada staying on ten-day isolation periods and testing asymptomatic vaccinated players.

Where can I bet on Hockey?

Canadian Gambler offers reviews on sportsbooks that offer hockey betting in the country.

Where can I bet on the NHL?

What types of bets can I place on the NHL?

Pros and Cons of Betting on NHL new rules